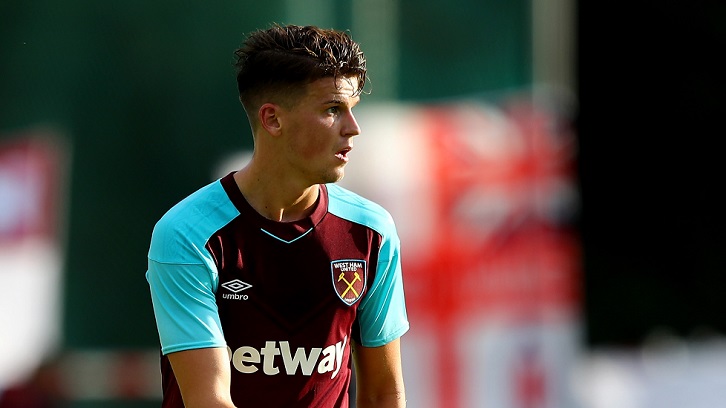 Sam Byram is hoping his pre-season performances will lead to a fair-share of game-time when the Premier League season kicks-off.

The right-back has competition for his place from the vastly-experience Pablo Zabaleta, but Byram’s own displays in warm-up matches will certainly have caught the eye of manager Slaven Bilic.

The No22 was at it again on Tuesday evening, when his pace and willingness to support the attack were to the fore in West Ham United’s 3-3 draw with Altona 93.

“It’s part of my game that I enjoy, getting forward and putting crosses in,” said Byram. “I’m trying to do my best for the team, building my fitness and trying to improve my performances."

Byram was not the only Hammer to impress during a competitive game in the German city of Hamburg, with new boy Chicharito coming close to scoring on his debut after appearing as a second-half substitute.

The 23-year-old was certainly a fan of the ex-Manchester United striker’s debut and expects him to cause problems for his old club at Old Trafford on 13 August.

I’m trying to do my best for the team, building my fitness and trying to improve my performances

“It was good for the fans to see Chicharito in the last 20 minutes,” Byram enthused. “You could see his movement and how sharp he is around the box. He brings a real different dimension to the squad.

“I think he was a bit unlucky with the penalty decision as he was honest and stayed on his feet. He looked sharp and I look forward to seeing him when he’s at full fitness.”

The home side fell behind three times and lost Winston Reid to a red card with the score at 2-1, but battled back, with Byram’s raids down the right flank playing a big part.

As someone who has faced lower-division sides in pre-season many times before, the full-back was not surprised by Altona’s performance. 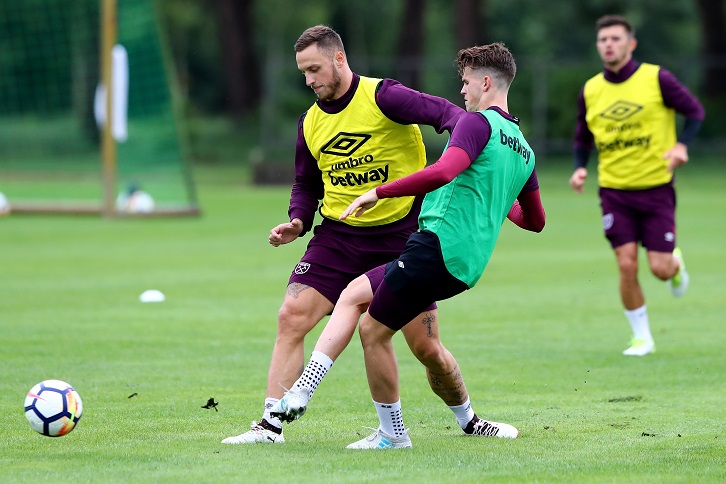 “You could see from the start that they came out sharp,” he said. “It was a big game for them with a Premier League team coming here and obviously they wanted to do well.

“We’re still working on things and getting our fitness work in. There were good things from the game and there were things to learn from, so it was a good test and a good run out for the lads again.

“It’s the same every pre-season. You travel to grounds and teams want to turn you over. We were disappointed to let three goals in, but we did score three ourselves and created plenty of chances but, as I say, we still have things to learn from.

“It’s a different ball-game in the Premier League. These games are mainly about getting fitness in your legs and bringing that sharpness back and you can see, with the signings we’ve made, the quality in depth in our squad now. I’m really positive going into our season now.”

Next up for the Hammers is a trip to the Iceland and a Super Match clash with Manchester City in Reykjavik on Friday afternoon. It is a game Byram is relishing and says will be a yardstick ahead of the Premier League opener nine days later.

“Obviously they have got an unbelievable squad and first XI have made some good signings. It’s going to be a good test for us, but it’s the type of game we want to be playing the week before the Premier League starts so we can test ourselves against the best.”