Slaven Bilic has admitted losing Michail Antonio for the remainder of the 2016/17 Premier League season with a hamstring injury is a ‘massive blow’.

The manager confirmed that West Ham United’s leading scorer will be sidelined for the remainder of the campaign after pulling up in the first half of the 1-0 win over Swansea City at London Stadium.

Bilic told his pre-Sunderland press conference that, while the No30 will be absent, a host of other players, including forwards Andy Carroll and Diafra Sakho and full-backs Sam Byram and Aaron Cresswell, should be available for selection for Saturday’s important fixture at the Stadium of Light.

“From the last game we have no Antonio and no Mark Noble, but Andy can be back and then Cresswell is training with us on Thursday, and Winston Reid will start to train with us on Monday. That’s the situation with us.”

When asked for his reaction to Antonio’s injury, Bilic was naturally disappointed, but backed his other forwards, including Jonathan Calleri, to fill the void.

We know what Michail Antonio is giving us in every game. He’s one of our best players, so it’s going to be a big blow that we’re going to be without him for the rest of the season 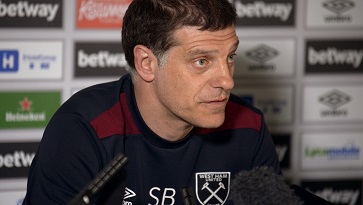 The Argentinian replaced Antonio at London Stadium on Saturday and caught the eye with his hard-working display, while also going close to scoring his second Premier League goal on a number of occasions.

“It’s a massive blow, of course,” he admitted. “We know what he is giving us in every game. He’s one of our best players, so it’s going to be a big blow that we’re going to be without him for the rest of the season.”

“We’re going to see. It’s a good thing that, despite Michail’s injury, we have options. Calleri did really well when he came on against Swansea with his energy, with his pressing and with his creating open spaces for other people. Also, he had a couple of good chances.

“We’re going to see with Andy. He is always a big weapon for us and a threat for the opponent. It’s a good thing we have options, and we’re definitely going to need both of them on Saturday to share the minutes of the game. Who’s going to start? We’re going to decide on Saturday, of course.”

When asked about Calleri’s long-term future with the Hammers, Bilic had further words of praise for the on-loan Deportivo Maldonado forward.

“We will see,” said the manager. “He is a very good professional, a very good boy. He didn’t play a lot. He played at the start of the season and in the middle of the season. He is not a regular, but he never dropped one per cent of energy in training.

“He is great to have around. He is training like he is playing 90 minutes every week, he is doing his best and that’s why he deserved a chance. He played really well when he came on against Swansea and it’s good to have him.”