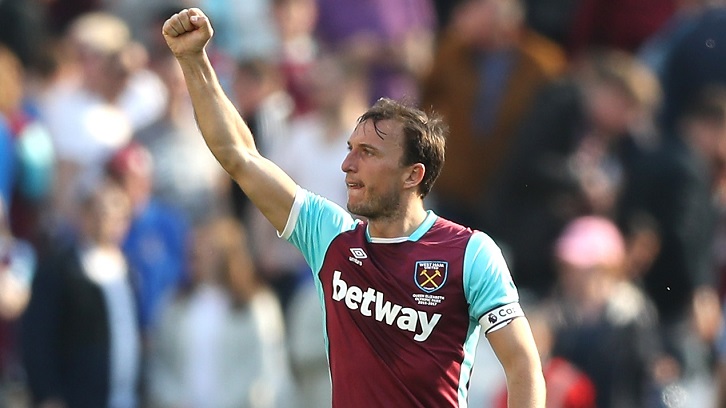 Mark Noble may not be available to play at Sunderland on Saturday, but the West Ham United captain still plans to make the trip to the Stadium of Light.

Noble marked Hammers appearance number 400 with his tenth yellow card of the season in the 1-0 win over Swansea City at London Stadium, which means he will miss this weekend's trip to the North East and the home game with Everton.

However, the skipper plans to travel to Sunderland with his squad-mates to lend his support to the squad on Wearside, where victory would all but secure West Ham's Premier League future.

"I'll be going up with them, for sure," he confirmed. "I wouldn't be able to relax otherwise. My Saturday would be the worst Saturday in history if I didn't go.

“I need to be there, so I'm pretty sure the manager will be happy with me travelling up with the lads and supporting them, because obviously we're in this together.

"We'll take a lot of fans to what is another important game for us and I believe we can go there after Saturday and get a result."

I need to be there, so I'm pretty sure the manager will be happy with me travelling up with the lads and supporting them, because obviously we're in this together

West Ham’s inspirational skipper believes that, having ended a seven-match winless run against Swansea, three more points against the struggling Black Cats would all but secure the Hammers’ Premier League status.

The 14th-place Londoners are eight points clear of third-bottom Swansea, with a better goal difference and just six matches remaining.

With home games against Everton, Tottenham Hotspur and Liverpool and away trips to Stoke City and Burnley to follow, Noble says Slaven Bilic’s men want to give themselves more breathing space sooner rather than later.

“One more win should see us safe,” said the skipper. “Hopefully we've broken that run of losses – games we shouldn't have lost.

“Sunderland away is massive and then we have some tough games.”

*You can watch Mark Noble reminisce over his top four moments in his 400 games in Claret and Blue with Jack Collison in West Ham TV special here.