10 per cent off for Claret Members 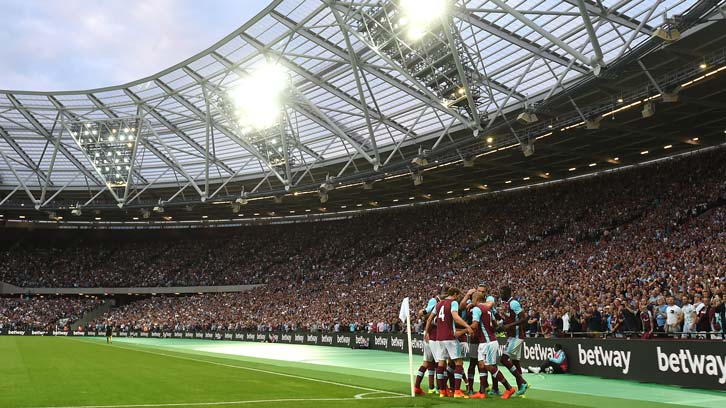 West Ham United have experienced a fresh surge from Hammers fans wanting to sign up as Claret Members and gain priority access to matches at London Stadium.

On top of an ever-growing Waiting List for Season Tickets, which now exceeds 55,000 supporters, the number of Claret Members hit a new high this week, with fans eager to play their part in West Ham’s historic first season at the Club’s new home.

Claret Membership entitles Hammers fans to first priority when tickets for home matches go on sale, and both West Ham’s opening Premier League games at London Stadium were sold out exclusively to Claret Members via a ballot process.

To welcome all the new Claret Members who signed up this week, and reward those who have done so previously, the Club are offering an exclusive ten per cent discount on purchases in the Stadium Store on Wednesday 21 September, when the Hammers kick off their English Football League Cup campaign under the lights against Accrington Stanley.

To redeem this offer, simply show your Claret Membership card at the checkout when you visit on Wednesday. Claret Members should also keep an eye out for an exclusive online retail discount which will be announced soon.

Membership is priced at just £40 for adults and £25 for under-16s, with supporters already on the Season Ticket Priority List eligible for a £5 discount.

As well as one-week priority on tickets for matches at our new Stadium, Claret Membership also gives you a whole host of other benefits including access to the ticket exchange and ticket ballots; discounts on booking fees and official away coach travel; and more exclusive retail offers throughout the season.

Get Claret Membership for half-price!

Be first in line for Spurs tickets with Claret Membership

Be first in line for tickets with Claret Membership

Become a Claret Member for just £25