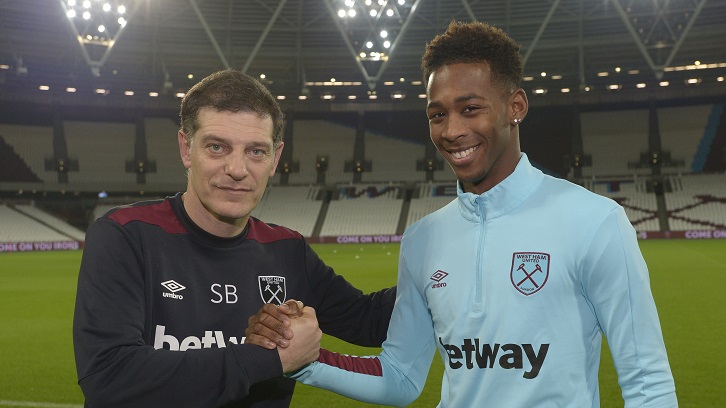 The manager, who made the teenager the youngest player in Hammers history when he handed him a debut against FC Lusitans in July 2015, is excited about Oxford's prospects after he penned a new four-and-a-half year contract.

While he was careful not to put too much pressure on the England U19 captain, Bilic believes Oxford, who celebrates his 18th birthday on Friday, has the potential to go to the very top of the game.

“I am delighted and it is major news for both the Club and the player that he has committed his long-term future to West Ham United," said Bilic.

“I really believe he has got everything. On paper he has all the abilities to become a world-class player and it is now up to him to train hard and for us to manage him well for him to fulfill it."

Following his UEFA Europa League bow, Bilic also gave Oxford a Premier League debut at Arsenal on the opening day of the 2015/16 season, where the teenager starred in a 2-0 victory.

Oxford's talents as a strong, composed, ball-playing centre-half or central midfielder saw him linked with moves to some of the biggest clubs in English football in recent months.

For all those reasons, Bilic said the Club were pleased he has decided his future lies in east London.

“We wanted him to stay and the Board did everything to keep him," said the manager. "The interest from the other big clubs was real and that shows what a big talent he is.

“It is the right decision for him because we are a great Club where he can become a top player.

“He has been out injured but he is now coming back and I believe in him a lot. He is a great prospect and is the leader of the pack when it comes to the younger players.”

Oxford is approaching a return from an ankle injury that has ruled him out since October, and Bilic could hand the hugely-promising youngster further first-team opportunities in the New Year.