The 25-year-old forward joins the Hammers for an initial €5m loan fee, with a permanent fee of €20m automatically triggered after a certain number of Premier League appearances this season, plus a further €3m in contingent payments.

The latest arrival takes the Club's spending to more than £60m this summer, with Zaza becoming West Ham’s eleventh signing of a busy transfer window.

The signing again illustrates the Board’s commitment to reinvesting the revenue raised from the Club’s move to London Stadium and building a squad commensurate with those stunning surroundings.

A strong, quick centre forward blessed with powerful aerial ability and a lethal left foot, Zaza arrives in east London after helping Juve win Serie A and featuring for his country at UEFA Euro 2016.

Zaza, who scored Juve’s winner in the Betway Cup win at London Stadium earlier this month, cannot wait to get started under new manager Slaven Bilic.

Zaza said: “I want to thank everyone for welcoming me including the fans and everyone at the Club. I wanted to start a new experience and I feel this is the right choice for me.

“I have been fortunate enough to have already played at the new Stadium with a different shirt. It is a beautiful stadium and I felt the warmth of the fans and this was a big reason why I wanted to join the Club.

“I want to become a better player and I know I can do that at West Ham. Unfortunately we could not qualify for the Europa League, but I am hoping I can help the Club do that next season.” 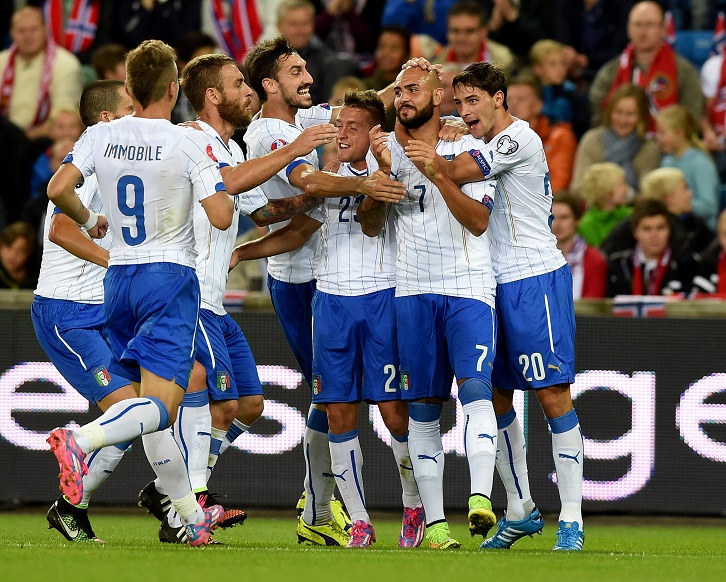 Capped 14 times by the Azzurri, Zaza was born in Policoro in the far south of Italy, where he started his career with Stella Azzurra Bernalda as a schoolboy.

After four years with Valdera, the left-sided forward made his senior breakthrough with Bergamo-based Atalanta, where he made his first-team debut at the age of 17 in 2009.

Sampdoria moved for Zaza in 2010, and he spent a season in Genoa before being loaned to lower-league Juve Stabia and Viareggio, where he hit the net with increasing regularity.

In 2012/13, the shaven-headed striker pushed himself onto the national stage during a season-long loan spell at Ascoli, where he netted 18 goals in 35 Serie B appearances.

That form saw Serie A newcomers Sassuolo move for Zaza on a permanent basis, and he repaid their faith by scoring the goals which helped the I Neroverdi beat the drop in dramatic style.

The 2014/15 season was even better for both Zaza, who scored eleven Serie A goals, and his club, who finished comfortably in mid-table.

Capped regularly at age-group level by his country, Zaza’s goalscoring and fine all-round play saw him awarded his full Italy debut against the Netherlands in August 2014, scoring his maiden goal on his second appearance against Norway the same month.