Masuaku - This is a big week for the Club

West Ham United defender Arthur Masuaku is confident his side can bounce straight following the defeat against Chelsea and knows the importance of winning the next two games.

Masuaku had a mixed night of emotions following his debut for the Club at Stamford Bridge.

The French defender was thrilled to play his first Premier League game, but was upset that his side failed to take anything from the game after Diego Costa scored a dramatic last minute winner. 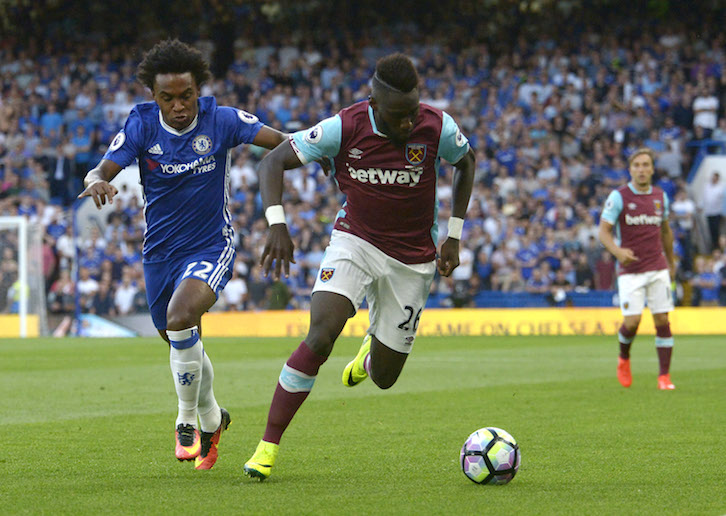 Masuaku has stressed the importance of getting back straight back on the winning trail and feels the players will have a point to prove when they face Astra Giurgiu in the Europa League on Thursday and Bournemouth at home on Sunday.

Masuaku said: “All the players were disappointed because we conceded the goal in the last minute. I thought was the game was in our hands but unfortunately we let in the second goal. We just have to keep working hard together as a team.

“It was a great strike from Ginge to get us back into the game and I thought Dimitri came on and changed the game because he has great quality and for me he is a world class player.

“We saw what he can do as he crossed the ball in for the goal. It was unfortunate that we could not hold but we have to move on now.

“I really enjoyed my Premier League debut as it was always my target to play in England since I was a youngster.

“The Premier League is very fast and for me it was tough physically as I am not 100 per cent yet. I just want to keep going, work hard and hopefully show my best form.

“This is a big week for the Club and we have two important games in the Europa League and then the first home game against Bournemouth. I hope we are going to win the next two games.”