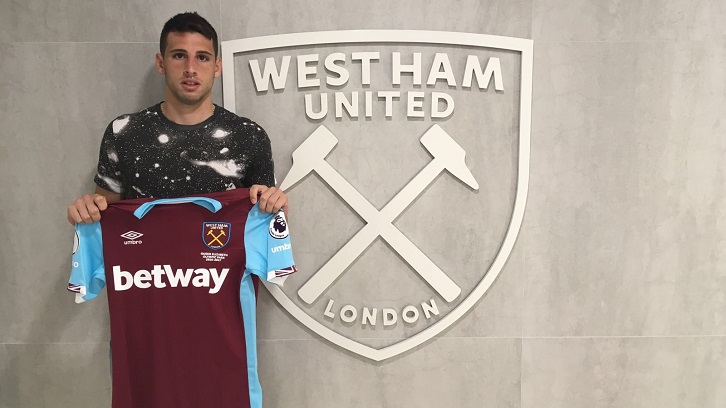 The 22-year-old has received international clearance and joined his new teammates in training at Rush Green on Tuesday.

Calleri, who has arrived from Uruguayan club Deportivo Maldonado after prolific spells with Argentine giants Boca Juniors and Brazilian side Sao Paulo, is in Slaven Bilic’s squad for Thursday’s UEFA Europa League play-off round tie with Astra Giurgiu and cannot wait to get started.

“I am very happy to have signed for West Ham,” said the new No28, who finished as leading scorer in the 2015 Copa Libertadores – South America’s equivalent of the UEFA Champions League – for Sao Paulo.

“This represents a fantastic new challenge for me and I am really looking forward to it.

“The Premier League is the best league in the world and so I am delighted to have this opportunity to play in such a prestigious league.” 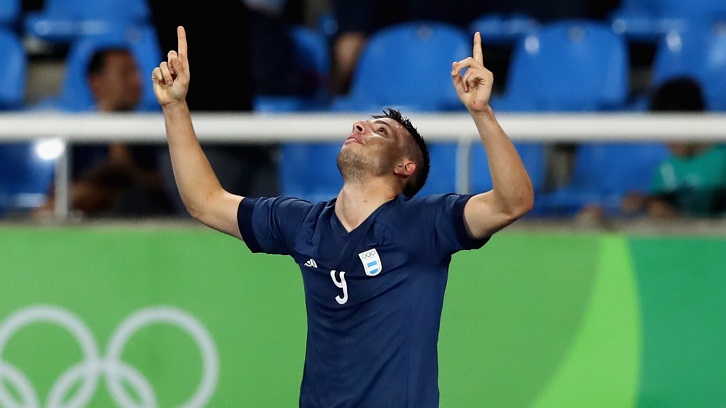 Calleri arrives ready to make an immediate impact after playing and scoring for his country at the 2016 Rio Olympic Games.

After netting 39 goals in 90 appearances over the last two seasons, the forward is hungry to hit the net on a regular basis in Claret and Blue.

While it may take some overseas stars time to settle in English football, Calleri is willing to make all the sacrifices necessary to ensure he is a success on this side of the Atlantic.

“It is a new chapter for me and so I am excited to get started here and to fit in as quickly as possible, so that I can be as useful as possible to my new teammates and manager,” he insisted.

“These are exciting times for me personally and I am motivated to adapt my game to this new environment.

“I am a player who always tries to work as hard as I can and to do my best for the team.”

Born in Buenos Aires, Calleri started his career with Primera Division side All Boys, making his senior debut at the age of 19 in August 2013.

The young forward’s ability and promise attracted the attention of Argentina’s biggest clubs and it was no surprise when legendary South American coach Carlos Bianchi took him to Boca Juniors in July 2014.

There, Calleri netted his first goal on his second start at Estudiantes before celebrating his 20th birthday with the winner against local rivals Racing Club.

The busy South American fixture list saw Calleri amass an impressive 53 appearances, 21 goals and eleven assists in a successful 18-month spell with Boca that saw him win the Primera Division and Copa Argentina double in late 2015.