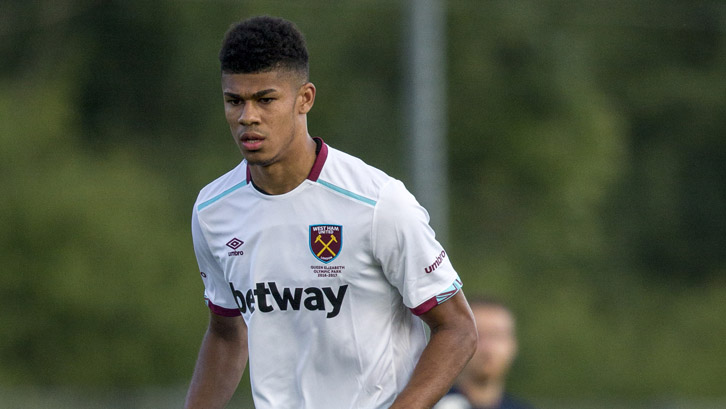 Dev Squad coach Liam Manning was delighted with his side’s terrific start to their Premier League 2 campaign on Saturday as the Hammers beat Stoke City 3-0.

New boys Ashley Fletcher and Toni Martinez were both on the scoresheet at the home of Leek Town as the Potters went 2-0 down within half an hour.

Ryan Sweeney put into his own net to hand the visitors their third, as Manning and the U23s celebrated a comfortable opening day win.

The coach said: “We played well on Saturday and it was a really good start for us. I think the things we’d worked on and the messages we’re reinforcing every week were delivered really well. It was a great start.

“We’ve played some tough teams this pre-season, so to come away with a 3-0 victory shows that they were worthwhile fixtures for us. Our lads need to be able to play at that level as part of their development and to prove their ability.

“The challenge on Saturday was transferring that into a performance and to be fair to them, we did exactly that.”

Former Manchester United forward Fletcher has spent most of his early Hammers career with the first team, but played alongside fellow summer recruit Martinez against Stoke.

Martinez, who travelled with the senior squad to the US and Austria over pre-season, scored his first goal in a West Ham shirt away at VVV-Venlo for the Dev Squad earlier this month.

“It was good to see the pair of them – Martinez and Fletcher – get on the scoresheet,” Manning continued. “I thought the two played well up front together.

“Although they both scored, both of them should have had more to be a critical. They went away from the match thinking they could have had two or three each, but it was a good start for them still.

“We hit the woodwork and the victory could have been far more convincing. We dominated the game bar a small five or ten minute period where our levels dropped a bit. We looked a constant threat.”