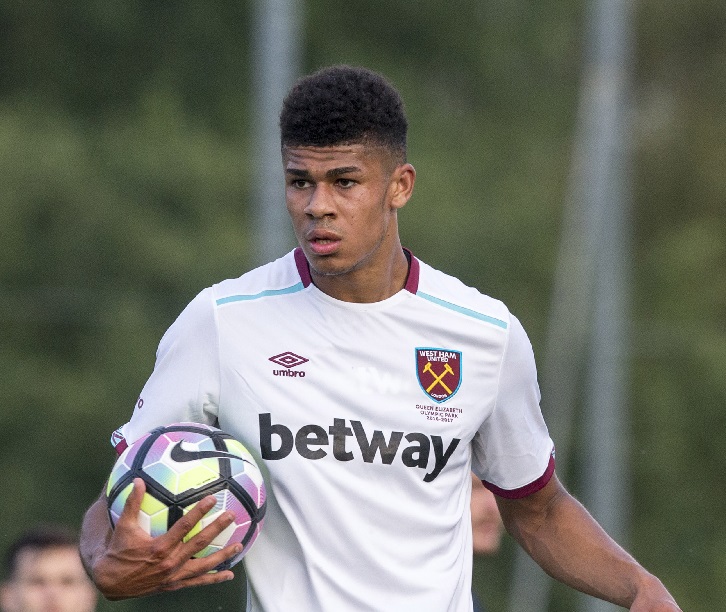 West Ham United’s Development Squad side kicked-off their Premier League 2 season with a 3-0 victory at Stoke City on Saturday.

Ashley Fletcher, Antonio Martinez and a Ryan Sweeney own-goal sealed the victory for the Hammers at Leek Town’s Harrison Park stadium, where Terry Westley’s sidfe controlled the game from start to finish.

It took the youngsters just three minutes to take the lead when Grady Diangana provided a fantastic inswinging cross towards Fletcher, who nodded past Potters goalkeeper Daniel Gyollai.

It was two on the half-hour mark when Fletcher saw his one-on-one effort saved by Gyollai, but Martinez managed to divert the rebound in off the far post.

The moment of the game went to Fletcher who tried an outrageous effort from just inside Stoke’s half which left Gyollai helpless, but the lob crashed onto the bar and bounced out for a goal kick.

Fifteen minutes from time the Hammers got their third in fortunate fashion. A corner from the left was unintentionally diverted towards the far post where Oliver Shenton cleared the ball off the line, only for it to hit team-mate Sweeney and bounce into the back of the net.

That completed a convincing win, providing the West Ham youngsters with a perfect start in the new U23 Premier League division, where their next encounter will be at home to Newcastle United a week on Monday.