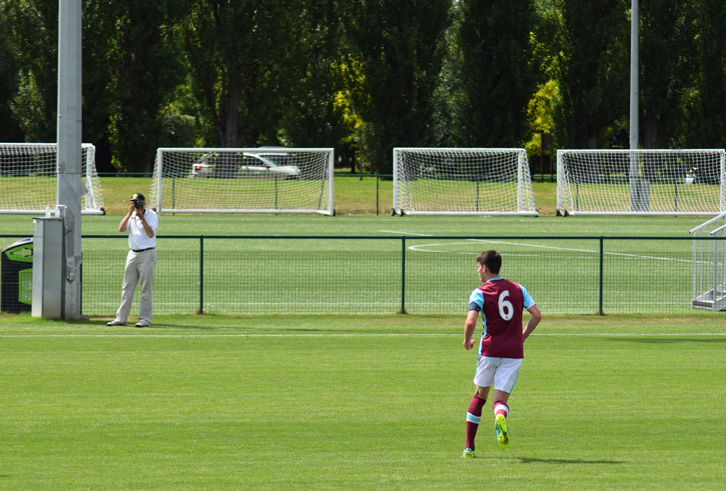 Young Hammer Declan Rice said it was an amazing experience to be around the first team this pre-season in both the USA and Austria.

The centre-back, who was in action for the Dev Squad on Friday against Chelsea, played a number of times for Slaven Bilic’s side as they prepared for the 2016/17 season.

And Rice, who was awarded the prestigious Dylan Tombides Award for his season in the Academy last campaign, explained it has helped him improve as a player.

He said: “It was an amazing experience going on the pre-season tours with the first team and it has definitely helped with my progression as a defender.

“Just being around those sort of players for a month – Nobes, Reidy and Carroll – you learn plenty of things. They are top players and they really talked to you and helped you.

“The manager as well as his backroom staff were also great, giving you plenty of pointers to become a better player.

“You also have to be yourself with them. You can’t go into a shell, you have to act like you usually would. That’s how you talk to them and you become your own person.”

Back in Academy action on Friday after the period spent with the senior squad, Rice could not help the Hammers to a victory over Chelsea as they were beaten 3-0.

However, at this stage of the season, the youngster insisted the result is not the most important thing.

“It is all about building fitness still for us at the moment, definitely,” he continued. “We have Stoke City next weekend so we need to build towards that.

“I think the scoreline flattered Chelsea a bit. In the first half, we had a number of chances as well as penalty shout, but it wasn’t to be. It’s encouraging that we are creating chances, though. That’s the important thing.

“We have to learn to convert them though. If you don’t do that you won’t win games, so we need to improve in front of goal.”