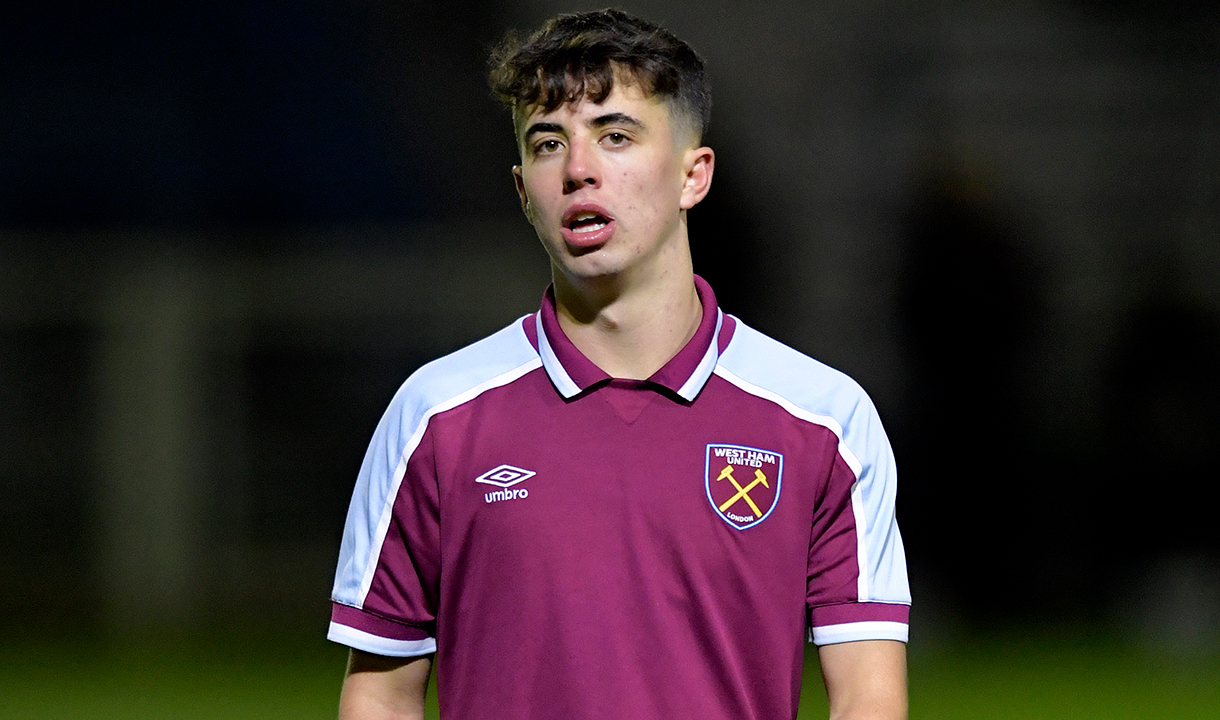 The Hammers saw plenty of the ball at Rush Green Stadium, but struggled to create chances against a well-drilled visiting opposition, ultimately coming undone against three late counter-attacks.

Divin Mubama did momentarily bring West Ham level with a quarter-of-an-hour remaining, but they went on to fall two goals behind as the clock ticked into injury time, rendering George Earthy’s late tap-in a consolation.

Second-year scholar Archie Woods, who had helped the Hammers reach the fifth round of the competition last season, was saddened by the defeat, but hopes the experience will, at least, eventually benefit the numerous first-year scholars and U16 players who featured on Friday.

The 18-year-old midfielder told whufc.com: “I just think the occasion got the better of us, the craziness of the Youth Cup… We didn’t really play the way we should have – the way we play week in, week out.

“Newcastle sat deep and we found it quite hard to break them down. We’re not really used to that, but we’ve got to be better than we were.

“I think the quality’s got to be better from everyone all round. We all know that, and that’s why everyone’s so disappointed: because we know we should have done better.

“It’s disappointing especially for us second years, because we aren’t going to get another chance at the Youth Cup, but hopefully the younger boys – the U16s and first years – can learn from that next season, and hopefully they can get a better Youth Cup run than we did.

“We definitely deserved one this year, but we’ve got to take it on the chin and learn from it.”

The U18s had gone into Friday’s cup tie four games unbeaten in all competitions, and with some impressive results against some recently high-achieving opponents under their belts.

There’s just one thing to focus on now: we need to get as high up as we can in the league

Their showing was therefore uncharacteristic of the ability they have demonstrated, but leaves them – as is the way with knockout football – out of the prestigious Cup competition.

The young Hammers now have but one goal for the remainder of 2021/22: finish as high up the U18 Premier League South table as possible.

Woods and his teammates currently sit seventh in the table, but with two games in hand over many of the sides above them; winning them both would boost them up to fifth, just five points behind the division leaders.

Woods concluded: “There’s just one thing to focus on now: we need to get as high up as we can in the league.

"We’ve definitely got the hunger after that game, because all the boys are disappointed.

“We’ll go again on Friday. We’ve got a game at Norwich and we’ve got to prove to the staff that we’re a good team.

“We all know we’re a good team – we’ve just got to show that on the pitch, and be better than we were tonight.”