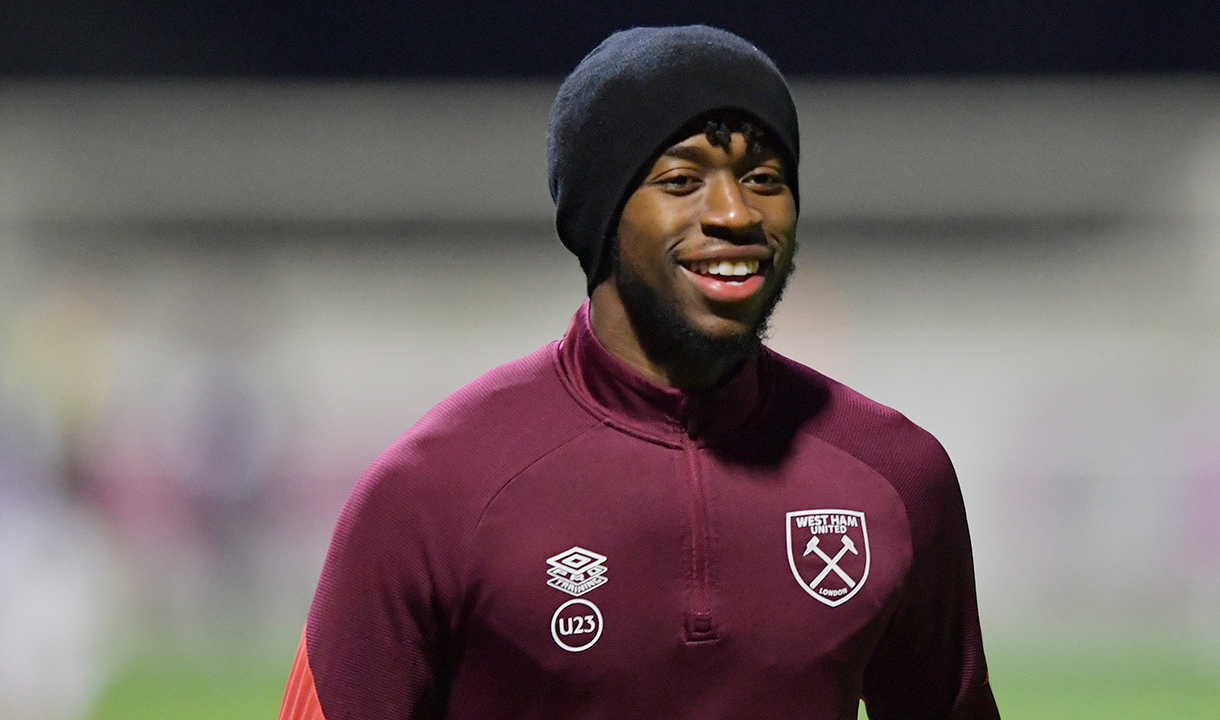 Ajibola Alese felt that, upon reflection, both West Ham United U23s and Arsenal U23s were good value for the point they both came away with after a 1-1 draw on Friday evening.

The development squad skipper saw his team race into an early lead at Meadow Park when Keenan Forson’s intense pressing resulted in the midfielder pouncing on a loose back-pass in the Arsenal defence and slotting home from a tight angle in the ninth minute.

Aware that the hosts would seek to impose their archetypal possession-based game on the Hammers, Alese and his fellow defenders held firm for much of the game, albeit with both teams creating a handful of presentable opportunities.

Unfortunately for West Ham, however, they were unable to hold out until half-time as Khayon Edwards slotted home a loose ball from close range for Arsenal with five minutes of the game to go.

The second half saw further chances come and go for both sides, but a 1-1 draw on the night sees the Hammers stretch their lead at the top of the Premier League 2 table to five points over nearest-challengers Manchester City.

“I think a draw’s probably about fair, but if had gone either way, you could probably look at the game and say either team could’ve taken it.

“We know that when you score two or three goals, or you keep a clean sheet, you should expect to win a game. We achieved tonight neither of those tonight, so if we can look to achieve those going forwards, we’ll be in a better place.”

Obviously, we’d prefer to dominate the ball and dictate the game, but at times you have to just defend, which we did well tonight

Alese was happy to play his part in maintaining the Hammers’ parity, with Arsenal typically enjoy long stretches of possession but often finding it difficult to make meaningful inroads against the team in Claret and Blue.

The captain revealed: “When the opposition have a lot of the ball, which sometimes they do with the way we play, it’s always important not to allow them to break you down.

“As long as we stay compact, and make sure they go round, not through, and don’t create any chances, it’s not always the worst thing for the opposition to have a bit more possession than you.

“Obviously, we’d prefer to dominate the ball and dictate the game, but at times you have to just defend, which we did well tonight.”

The fact that West Ham seemed the more disappointed side at a 1-1 draw away a title rival was a good indicator of their high aspirations for the season.

Although it was not their strongest performance of the campaign, Alese felt that, with a bit more luck, three points could have been claimed in North London.

“We’ve done really well this season – we’ve won eleven out of 16 games – so we go into every game trying to get the win,” the captain confirmed.

“Coming away with a 1-1 draw…. even though it’s not the worst result because we didn’t lose the game, we still always believed we could win it, especially in that first half.

“We had a few chances, and we had more in the second half. On another day, we’d have won the game.

“Now, we need to brush off tonight, look over the game over the weekend, and put it right on Tuesday against Exeter in the Premier League Cup.”