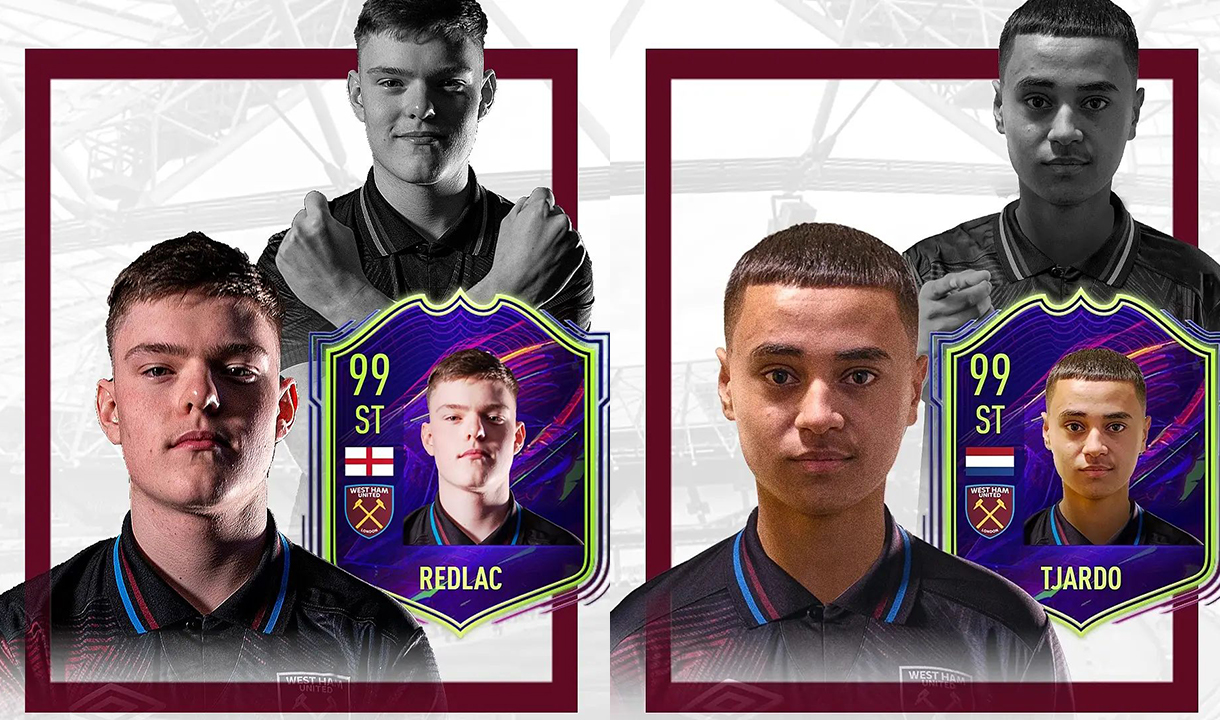 Despite renewed focus this season on two versus two events, the first professional event of the season was the first Qualifier tournament on the Road to the FIFAe World Cup – an individual competition.

Each region of the world hosts four such Qualifiers this season, with players – including West Ham’s Alfe ‘AC RedLac’ Calder and ‘Tjardo’ Paliama – battling to earn Global Series Points towards their regional rankings.

Kicking off at 10am on Saturday, both players featured in the Europe West Qualifier, open to an initial 256 players.

The first day of competition saw a Swiss stage system employed, where up to eight rounds of doubled-legged matches were played – as soon as a player reaches three losses, they are dropped from the following round of games.

AC RedLac , who reached the second day of the European Xbox Playoffs – the continent’s top 32 players – last season while wearing Claret and Blue, got off to an outstanding start.

The 18-year-old, entering his third full season as a FIFA pro player, won his first four ties in a row – three of them by handsome scorelines at that – to all but book his spot in the competition’s second day.

A defeat followed in his next game, but RedLac won a further two ties back-to-back on penalty shootouts to secure a six wins to one loss record going into Sunday; with one round of matches left to play in the Swiss stage, another win would secure seeded status going into the Single Elimination Brackets of the knockout stage.

More importantly, however, qualifying for the knockouts guarantees RedLac FGS points at the first time of asking – a strong result already, and one he will look to build upon in Sunday’s elimination stages.

Tjardo, meanwhile, was eliminated from the Qualifier after five rounds of matches, suffering a hard-fought loss in his first double-legged game.

He recovered to win the next two rounds of matches by strong scorelines, but struggled to keep his next two opponents out, finishing with two wins and three losses from his five rounds of games played.

RedLac told whufc.com: “I felt confident. I felt a bit stressed at first, but when the game's got here I was sure I’d be good enough.

“I’m a confident player with my mentality and I’ve been playing a lot in the last week or two because I feel that pressure to get the results. Like I said in my first ever Hammers interview, ‘pressure makes diamonds’!

“If I continue to do well, it’ll give me good FGS points and great momentum going into the eChampions League next weekend and then the 2v2 qualifiers the week after for West Ham.”

6-1! 1 more game of swiss tomorrow for seeding, most importantly through to the knockout where I'm guaranteed some FGS points... Buzzing pic.twitter.com/WgnXS8M0qk

Looking ahead to the remaining competitions this season, RedLac added: “As an Esports game, I’m enjoying FIFA 22 this season because I feel like there are different variations and ways to score. I’m enjoying it.

“I’ve taken a step up at West Ham from last year, so it’s easy to say ‘I want to make the eWorld Cup’ – that is one of my aims – but this season isn’t just about one versus one.

“This weekend, we’ve got one v one, the next weekend the eChampions League, the weekend after that two v two, and then there’s the ePremier League and maybe even eLions again…

“I just want to give a good account of myself in all competitions. I want to do well in everything possible.”

RedLac’s Qualifier 1 campaign will resume at 10am on Sunday 28 November.