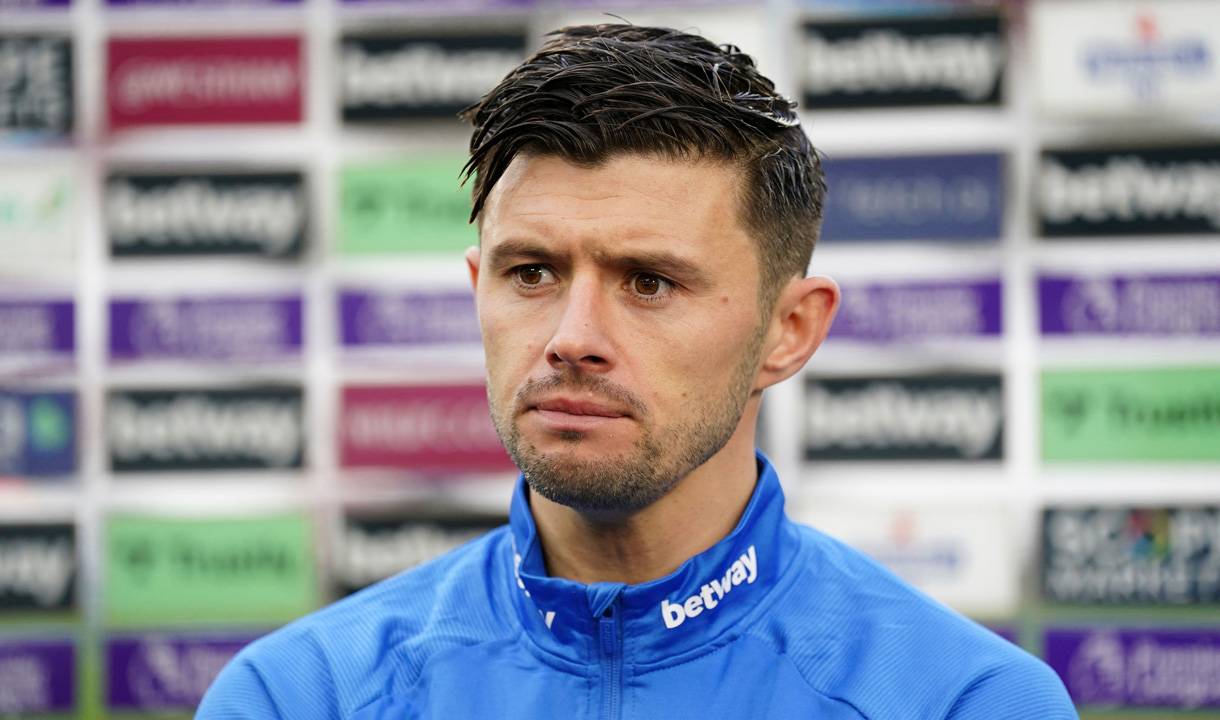 Aaron Cresswell: There are plenty of games and plenty of things still to play for

With the Hammers struggling to create clear-cut chances from open play against a stubborn, organised and confident opponent, it was always likely that any goals for the home side would come from a set-play.

And so it proved as Cresswell's superbly delivered free-kick was met by Dawson, who headed in his second goal in the space of a week to put West Ham in front 13 minutes before half-time. It was West Ham's tenth set-piece goal of the Premier League campaign, with only Liverpool and  Manchester City having netted more.

Unfortunately, the home side were unable to maintain their advantage as Newcastle benefitted from a defensively mix-up to equalise moments before half-time through Joe Willock's accurate volley.

West Ham sought to regroup and searched for a winner in the second 45 minutes, but their efforts could not force an opening and David Moyes' side ultimately had to settle for a point, much to the left-back's evident frustration.

Aaron, it must help when you have someone like Craig Dawson to aim at from set-pieces?

"When you've got players like Daws who can head the ball, certainly for people like me it makes my job a lot easier. He's fantastic in the air and also defensively.

"It's massively important all over [to be good at set pieces] and most teams work on that and we certainly work on that being massive asset for us this year as it was last year.

"We're certainly up there in terms of goals from set pieces and to get another one today was good going."

Overall, how do you reflect on the result?

"It feels like it's a bit disappointing only to have got a point from the game. We started quite well, but looking back on it now it's a deserved point for both teams.

"To concede just before half-time was really disappointing, especially as it was a sloppy game from our point of view. In the second half I felt they dropped a little bit and let us have the ball in our own half, but again we didn't create enough going forward and that's frustrating on our part, so we'll go back to the training ground and try to put that right.

"We're a little bit frustrated for our part as we didn't really have that spark or create much, but we got a point on the board and we go again."

The goals aren't quite flowing as freely as they were earlier in the season?

"The goals have dried up a bit. We started the season flying, scoring more than two a game at one point and they have dried up, but look, we've got to back to the same level so we'll work on that in training this week.

"It's frustrating again to just take one point today, but we've got to move on. I still think there is plenty of games left in the league and today's game is not going to decide where we're going to finish.

"There are still 12 games to go and plenty of points to play for, so let's regroup and go again."

How would you react to any suggestion you are running out of gas?

"I don't think we're feeling we've run out of gas, but the fans know when you're in these competitions there are plenty of games and plenty of things still to play for.

"As I said, today won't decide where we finish in the league and we'll go again on Monday at the training ground and try to put things right."