A spectacular Manuel Lanzini strike and goals from Saïd Benrahma and Michail Antonio helped West Ham United come from behind to defeat Udinese in Italy on Saturday.

The Irons made it two wins and seven goals from two mid-season warm-up matches ahead of the 2022/23 season restart with an eye-catching performance on a cold December afternoon at the Dacia Arena.

David Moyes was without eight senior players for a variety of reasons, but his squad were still good value for their victory, which came four days after the Londoners had returned to action with a 4-2 success at EFL League One side Cambridge United.

The Hammers dominated for long stretches of the first half, but it took until added-time for the English side to earn their reward in the shape of Benrahma’s second goal in two mid-season warm-up matches.

Earlier, Udinese had taken advantage of slow start from the visitors to take a 13th-minute lead through their captain and former Watford player Roberto Pereyra. Another ex-Hornet Isaac Success dribbled into the penalty area on the left and crossed square for Beto. Emerson looks to have intercepted, but his clearance hits the Udinese No9 and dropped perfectly for the onrushing Pereyra, who fired unerringly past Łukasz Fabiański with a first-time right foot shot.

A couple of minutes later, the former Poland goalkeeper had to be alert to push Lazar Samardžić’s well-struck 25-yarder away as Udinese threatened to add a quickfire second.

From then on, though, the odd counter-attack from Andrea Sottil’s team aside, it was all West Ham, but a combination of inaccurate finishing, dogged defending and good goalkeeping initially prevented the Londoners from levelling.

With Jarrod Bowen and Benrahma providing constant menace down their respective wings, ably supported by Vladimir Coufal and Emerson, the Irons created chance after chance as the first half wore on.

Tomáš Souček, Craig Dawson and Gianluca Scamacca all saw headers narrowly clear the crossbar, while Scamacca saw a shot well blocked by Slovenia centre-back Jaka Bijol and Silvestri did well to turn aside a towering Dawson header at full stretch before the Italian forward smashed the rebound into the side netting.

It seemed West Ham had an opportunity to score every time they went forward as Benrahma fired wide, Scamacca was denied a penalty after appearing to be fouled by Bijol, then Emerson dragged a low shot across the face of goal.

Just when it seemed as if Moyes’ men would go in behind at the break, Scamacca’s quick-thinking from a free-kick released Bowen. His dipping, inswinging cross from the right caught out Silvestri, who could only push the ball as far as Benrahma, who converted from six yards.

The second half was a more even affair, with both teams creating plenty of openings to add to the scoring.

Fabiański was called into twice soon after the break, turning Slovenian Sandi Lovrić’s free-kick onto the crossbar with his fingertips, then diving to his left to hold on securely to Success’s long-ranger.

Udinese’s Portuguese top scorer Beto then curled wide and saw a shot blocked by Coufal, before Dawson did well to get in the way of Lovric’s effort.

With both managers making a succession of substitutions, you might have expected the flow of chances to dry up, but far from it. Instead, the torrent continued!

German Tolgay Arslan sent a volley bouncing over the bar, then West Ham went close again as Ogbonna’s header somehow eluded Souček and Scamacca on its way past the post.

Then, with 20 minutes remaining, half-time replacement Lanzini fired the Irons into the lead for the first time, sending a rasping strike into the net from 25 yards after Bowen and Scamacca had seen their initial shots repelled.

Udinese responded again, and it took a miraculous Dawson block to stop Arslan from finding the bottom corner, and a more routine save from Fabiański to keep out Ilija Nestorovski’s tame effort.

Then, with a minute of the 90 remaining, the game was settled as the impressive Bowen set off on yet another run deep into Udinese territory before curling against the base of the post. The England international kept his head to collect the loose ball as it rolled behind substitute goalkeeper Daniele Padelli and cross low for Antonio to convert from close-range. 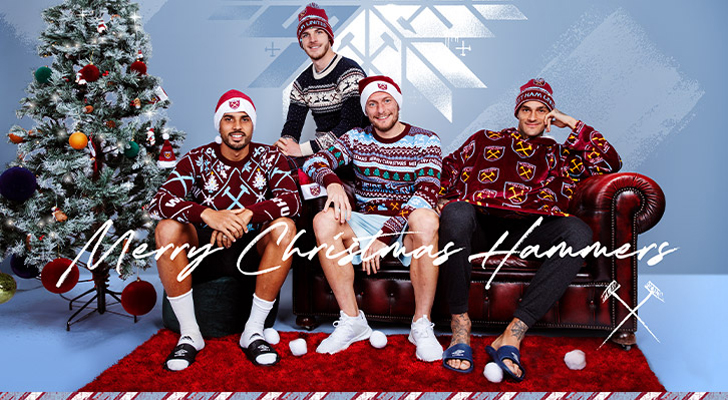