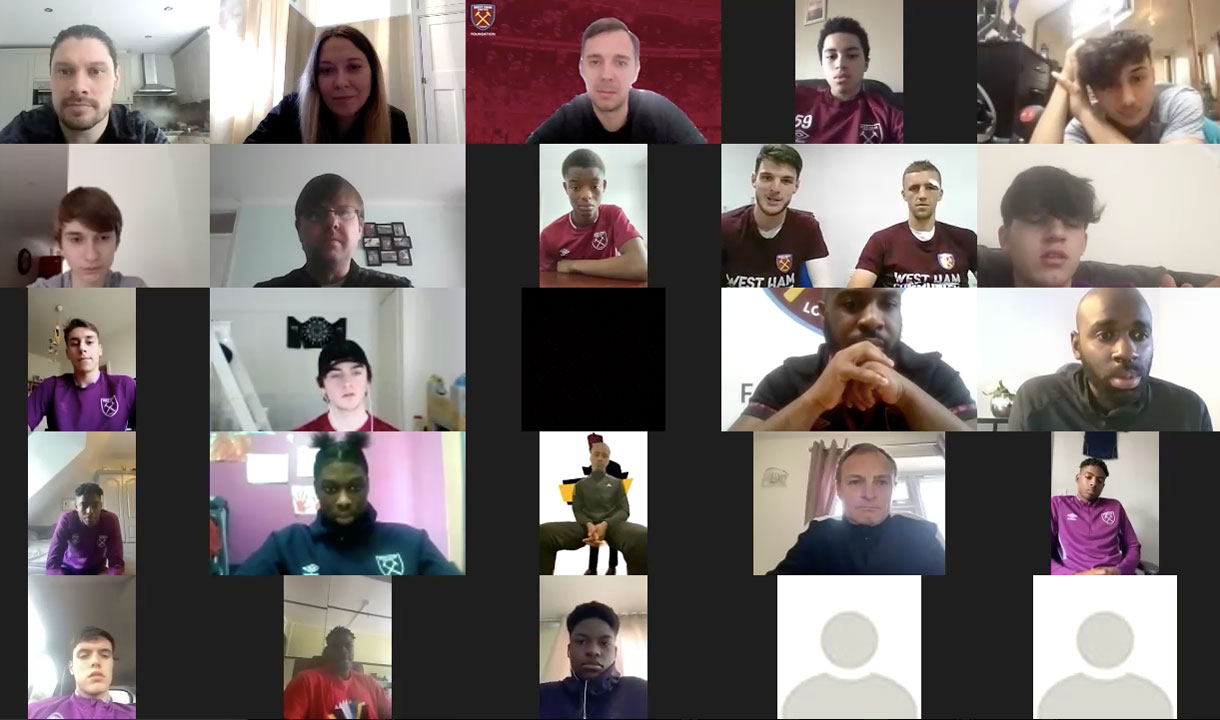 Following a difficult year of isolation and restrictions, evidence has shown that loneliness is on the rise.

We all experience loneliness at times and West Ham United has been continuing its efforts to engage with local people by checking in with supporters and community participants, with Academy of Football graduate Ben Johnson the latest to make a number of phone calls.

Together with the West Ham United Foundation, the Club has a range of initiatives which aim to tackle social isolation and loneliness, taking a multi-layered approach in order to break down the stigma surrounding it and help people to overcome the experience of loneliness.

Since the pandemic began, alongside letters from captain Mark Noble, more than 5,000 calls have been made to the over 70s and vulnerable supporters, by manager David Moyes, England international Declan Rice and the Supporter Services team – with some incredible friendships and bonds formed along the way.

As part of the Club’s award-winning Players’ Project, men’s, women’s and Academy players have been speaking to community participants of all ages about how to improve their wellbeing, providing insight from their own experiences.

Before Declan Rice and Tomáš Souček departed to represent their countries at the European Championships, they spoke to young people on the Foundation’s Post-16 Football and Education programme, with Czech Republic international Souček explaining the steps he’s taken to settle in a new country with a young family, noting: “I arrived during the COVID-19 time which was really hard but the Club helped me settle in. It was my first transfer to a foreign team and everyone was there for me from the first moment, and at home I tried to learn English and tried to get to know my area. It all makes a positive difference.”

Now, 21-year-old Johnson has made calls to a number of supporters and community participants with the defender encouraging people to get involved in activities and keep in touch with others, as well as answer any questions about the Club’s positive 2020/21 Premier League season which saw them secure a place in the UEFA Europa League.

Johnson said: “Our supporters and local community are really important to us at West Ham United so it was my pleasure to take some time out, pick up the phone and make calls alongside others at the Club as we continue to do what we can to help those who might be feeling isolated or lonely.

“It’s been a really tough time and everybody has their own situations to deal with. We need to remember to keep connected and reach out to others who could need that bit of extra support.”

Eileen Wade is a member of the Foundation’s Any Old Irons scheme which aims to combat social isolation and loneliness, and the surprise call with Ben was a welcome relief after her purse was stolen earlier in the day. She stated: “This call has really cheered me up and restored my faith in humanity. And the things the Club do in the community and for supporters, with the letters and the calls and the players getting involved, it all really does make a difference to our lives.”

Another call receiver, Christopher Pearcey, told Johnson: “You will have a special place in my heart now, Ben. I really appreciate your call today and appreciate everything the Club has done for me during such a strange time. It really goes to show West Ham are a family!”