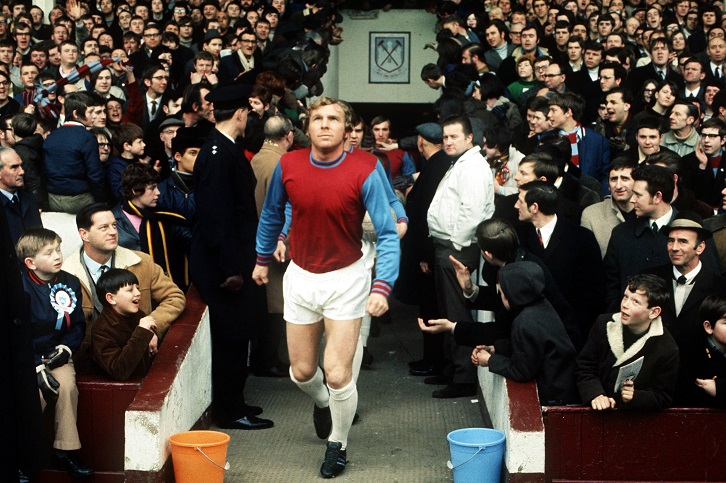 The legendary centre-back made 646 league and cup appearances for the Hammers, scoring 27 goals, across 16 seasons.

Born in Barking on 12 April 1941, Moore made his debut in Claret and Blue in a 3-2 win over Manchester United at the Boleyn Ground as a 17-year-old on 8 September 1958, replacing his mentor Malcolm Allison, who had been taken ill with tuberculosis. It was the start of a glittering career that is remembered fondly by football fans the world over.

Under the guidance of manager Ron Greenwood and playing alongside some of the finest players in the Club’s 125-year history, Moore developed into one of the greatest defenders the world has ever seen.

With Moore leading from the back, West Ham won the FA Cup in 1964 and the European Cup Winners' Cup in 1965. A year later, he was back at Wembley, alongside clubmates Geoff Hurst and Martin Peters, completing a unique hat-trick as England defeated 4-2 West Germany in the World Cup final.

Even then, at the pinnacle of his career, the respectful, immaculate Moore wiped the dirt from his hands before shaking hands with Her Majesty the Queen and being presented with the Jules Rimet Trophy. 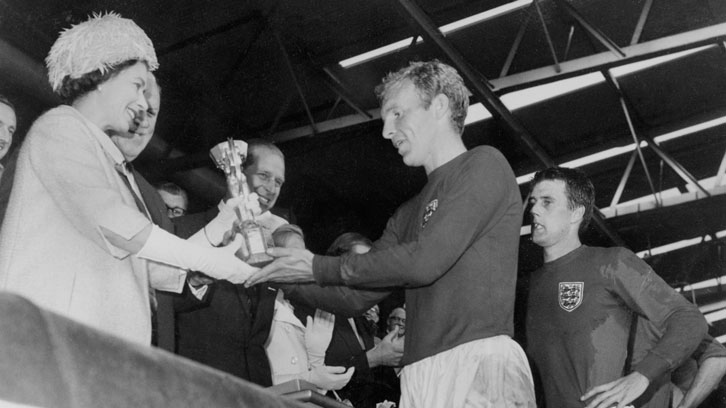 The iconic No6 hardly missed a game over the next seven-and-a-half seasons, helping the Hammers reach the League Cup semi-finals in 1967 and 1972, and finish a then joint record-high sixth in the old First Division in 1973.

Just the second player to reach 100 caps for his country, Moore remained a regular for England too, starring at the 1970 World Cup finals in Mexico, where his battle with Brazilian greats Pele and Jairzinho has gone down in football folklore.

At the age of 32, Moore moved across London to Fulham in 1974. Fittingly, a little over a year later, he lined up for the Whites against the Hammers in the 1975 FA Cup final. 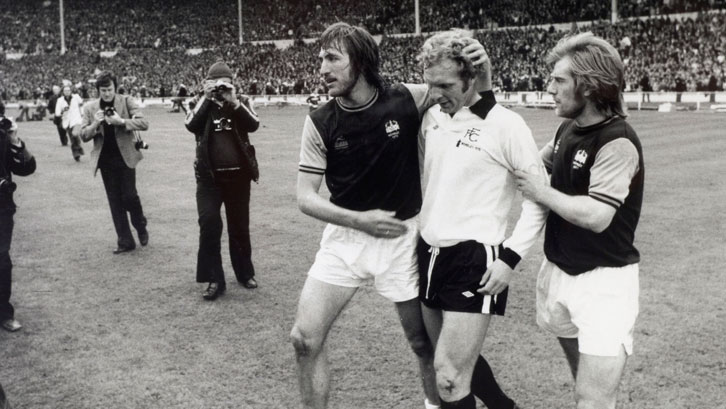 After spells in the United States and Denmark, Moore hung up his boots in 1978.

After being employed by David Sullivan as sports editor of the Daily Sport newspaper, Moore joined London-based radio station Capital Gold as a football analyst and commentator.

Tragically, Moore’s life was cut short by cancer, the same disease he had twice bravely beaten, on 24 February 1993. He was just 51.

The West Ham family and wider football world were united in grief. The Boleyn Ground was covered in scarves and shirts, while Hurst and Peters led the tributes paid at the Hammers’ next home game, a win over Wolverhampton Wanderers.

Twenty-seven years on, his legacy lives on, in the memories of the fans who saw him play, the minds of those who have been told about the man and the player, and the charity set up to fight the disease which took his life.