Robert Snodgrass: We’ll need to be at our very best to beat Aston Villa 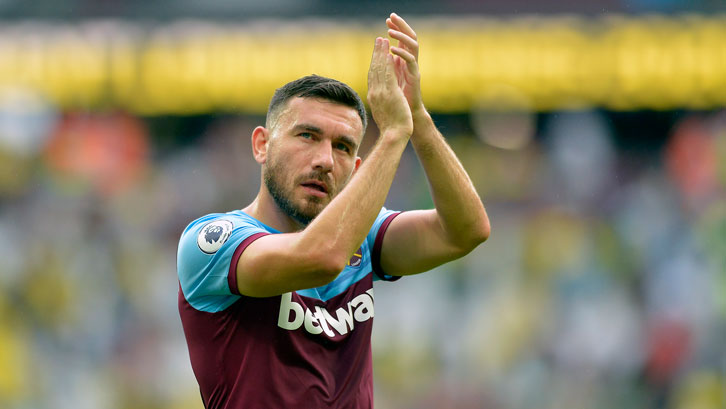 Four months ago, Robert Snodgrass and his family celebrated Aston Villa’s return to the Premier League via the Championship Play-Off final.

But on Monday evening, any feelings towards the Birmingham-based club will be pushed aside as Snodgrass and his West Ham United teammates go in search of three valuable Premier League points at Villa Park.

If we want to go into that next bracket, we must find a way to beat Aston Villa

“We want to try and win the game at Aston Villa as, to keep on progressing, we need to keep on winning football matches and need to bring different ideas to break these sorts of teams down,” said the No11.

“That’s the sign of a good team and what the top teams do so, if we want to go into that next bracket, we must find a way to beat Aston Villa.”

With the four teams directly above them also on the road, a third straight Premier League win could take West Ham into the top four come Monday night but, at 32, Snodgrass is experienced enough to know nothing is achieved in mid-September.

“Everybody says you need to set a target, but everything can change throughout the course of a season, so if you set one then you can leave yourself open to criticism if it doesn’t happen,” he observed.

Looking ahead to his return to Villa Park in more detail, Snodgrass can expect a warm reception after his outstanding contribution to their cause during the 2017/18 season.

The Glaswegian scored eight goals and assisted 13 more to help Villa reach the Play-Offs, earning himself cult hero status on the Holte End in the process.

Eighteen months on from the end of his loan spell, he remains close friends with many players and staff there.

“It was unbelievable [playing in the Play-Off final],” he recalled. “I remember that day. It’s probably the most emotion you could ever feel in football. It was at Wembley and to go through it with that club, who deserved to be back in the Premier League, was amazing.

“I watched their second Play-Off final in May with my whole family and we were cheering when they scored and when they won it, 12 months on from them all coming down to Wembley and seeing us lose. To see the smiles on all the Villa lads’ faces, I couldn’t have been happier.

“Their fans have had a tough time these last few years, but I think the connection between the players and fans has come back and it was only a matter of time before they got back up.

“Aston Villa are a very good side. I’ve watched them a lot this season because of the fact I’ve been there and kept in touch with some of their players and staff, and we’ll need to be at our very best to get a result.”