Manning: We didn’t show our quality and it cost us 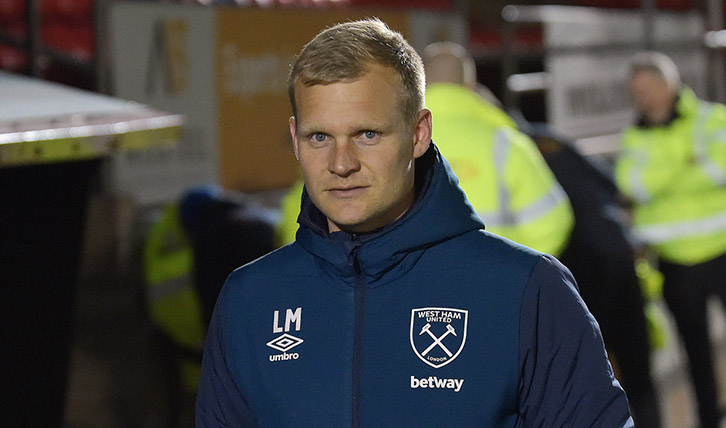 Liam Manning says his West Ham United U23 side failed to show their quality in the second half of their Premier League 2 contest with Blackburn Rovers as the visitors were 3-1 winners at the Chigwell Construction Stadium.

The Hammers had drawn level through Dan Kemp in the first half after Rovers had taken the lead thanks to a Charley Doyle header.

But after the break, sloppy errors cost the hosts and Blackburn scored twice in the final 15 minutes to take all three points back to Lancashire.

The east Londoners, sitting second bottom in the Division One table, required a victory against Rovers to lift them out of the relegation zone but now have work to do in their final five matches in order to retain their top-flight status.

Boss Manning reflected on his team’s performance after the defeat. He said: “It was extremely disappointing and frustrating. First half, we showed some moments of quality and had passages where we played quite well.

“We speak to the lads about stepping into senior football; you need to be trusted and second half we just didn’t do it and it wasn’t good enough.

“Going in level at half time, I thought out of the two teams, we were the ones who could actually raise our game an element and up the quality. They set up quite physically and they were direct, and as long as we dealt with that, I thought we had more quality in possession, and we just didn’t show that.

“Everything that we talk about every day went completely out the window second half.”

Everything that we talk about every day went completely out the window second half. 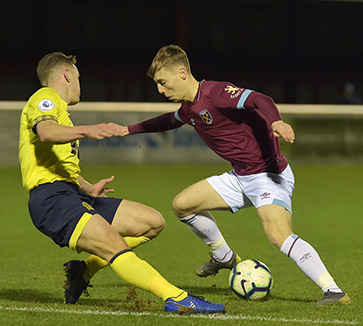 After Doyle had headed Blackburn into the lead, Kemp took control of the situation moments later for West Ham in the first half as he twisted and turned to make space on the edge of the penalty area, before firing firmly past goalkeeper Charlie Albinson and in at the near post.

The goal – as well as the return of first team centre-back Fabian Balbuena, making his first appearance since December’s match against Watford – were the bright parts of an otherwise disappointing evening for the Hammers, and Manning explained what he thought went wrong after the break.

He continued: “I thought Kemp had a good first half, and he found some good pockets, but we lacked that second half. I thought we looked to go in behind too quickly and we forced it forward as well, as opposed to linking play through the lines, so it was disappointing.

“It was a great experience for the players to learn from Balbuena. He’s had a couple of sessions with us and he’s what senior pros are all about; he doesn’t make mistakes that cost you.

“Swansea [away fixture on Monday 11 March] is now massive for us. We have a duty to the next lads that are coming through to stay in the league to have the best games programme possible.

“It’s going to be a huge challenge but we can’t feel sorry for ourselves. This end of the season is about winning games so we have to go and do that now.”