Arnautovic: I want to stop the talking, I’m hungry to play and score more goals

Marko Arnautovic has reiterated his 100 percent commitment to West Ham United after signing a contract extension and opting to put an end to speculation linking him with a move to China.

The Hammers forward says he cannot wait to score more goals in the Claret & Blue and help lift the Club further up the Premier League table over the rest of the 2018/19 season.

Arnautovic admitted that the offer from China was one he had to consider, but says that now his decision has been made he is ready to feature when Manuel Pellegrini’s men travel to Wolverhampton Wanderers on Tuesday evening.

“First of all, this has not been an easy time for me and my family,” he admitted. “I said yesterday on my Instagram page that obviously it was a big offer, an interesting offer and me and my family took some time and thought about this because I think any human being would think about this.

“I’m back and I can focus now completely on West Ham because I have committed to stay and I’m going to give everything.” 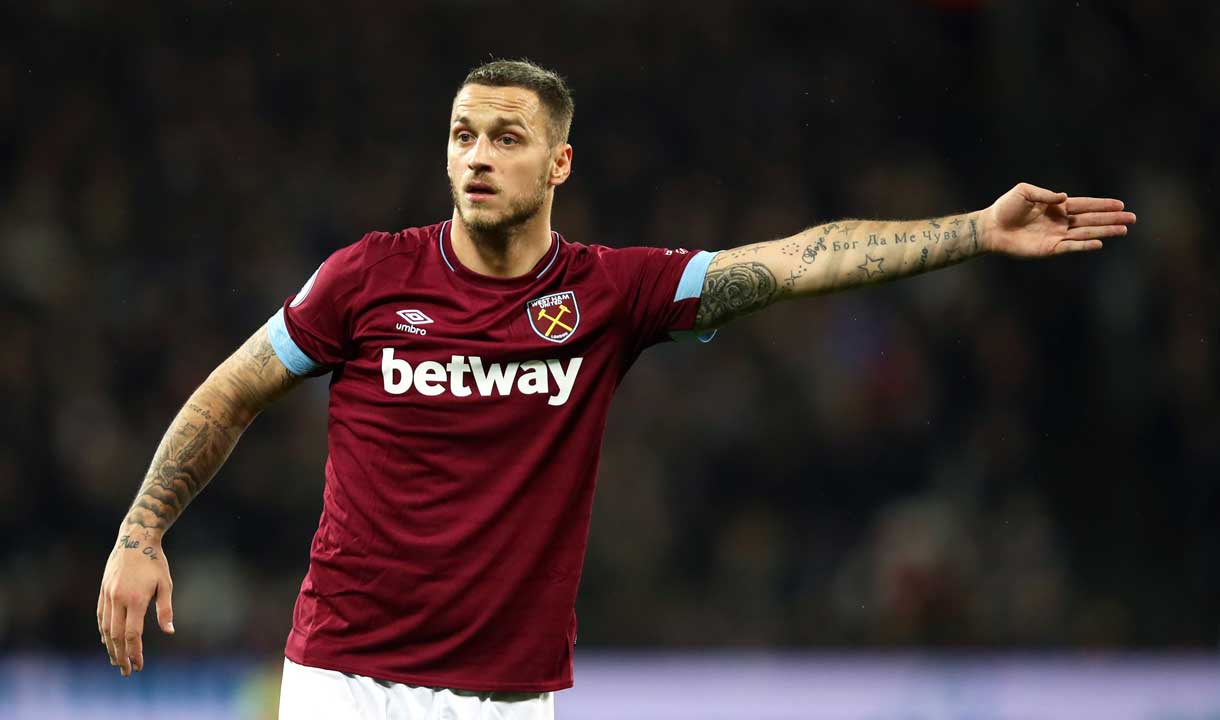 Arnautovic revealed that advice from Hammers skipper Mark Noble helped him arrive at his final decision, and having been unable to help his teammates at Bournemouth last week, wants to repay them as quickly as possible.

He continued: “I was talking especially to Mark, to Nobes, because he is a legend here, everyone loves him and he is a king here because he has been here for years. He was agreeing completely with me, this is the situation, but he was also saying to me ‘look what you’ve got from this club, look what you’ve got from the fans. We all love you here, we all can go further up, we are all improving’, so of course I took this to my heart and I decided for this.

“I’m happy for this and in this interview I want to say to the fans that I’m happy to stay, I glad to play again, show myself and score goals, to make assists, but also to say that the major point is Marko Arnautovic never refused [to play or train].

“I’m happy, I’m happy to come to this point. I’m happy that this club is improving. Step by step, every week, every month we are seeing some improvement and that’s good.

“You can feel this also from outside, from the fans, because they can see this team is improving.

“I want to stop all this noise and focus on my job, to play football, and the fans hopefully are going to support us in every game that we play and we keep on winning games.

“We go again on Tuesday, against Wolverhampton away, and I want to play and am hungry to score goals.”

Feeling settled in London, now Arnautovic is determined to help the Hammers finish as high as possible in the Premier League table.

“I have an amazing relationship with the fans. I don’t know after what game I didn’t applaud the whole stadium, whether we won or lost because they deserve this. It’s a normal procedure for a player to give to the fans and I have a good relationship.