Zabaleta: Nasri brings us so much quality 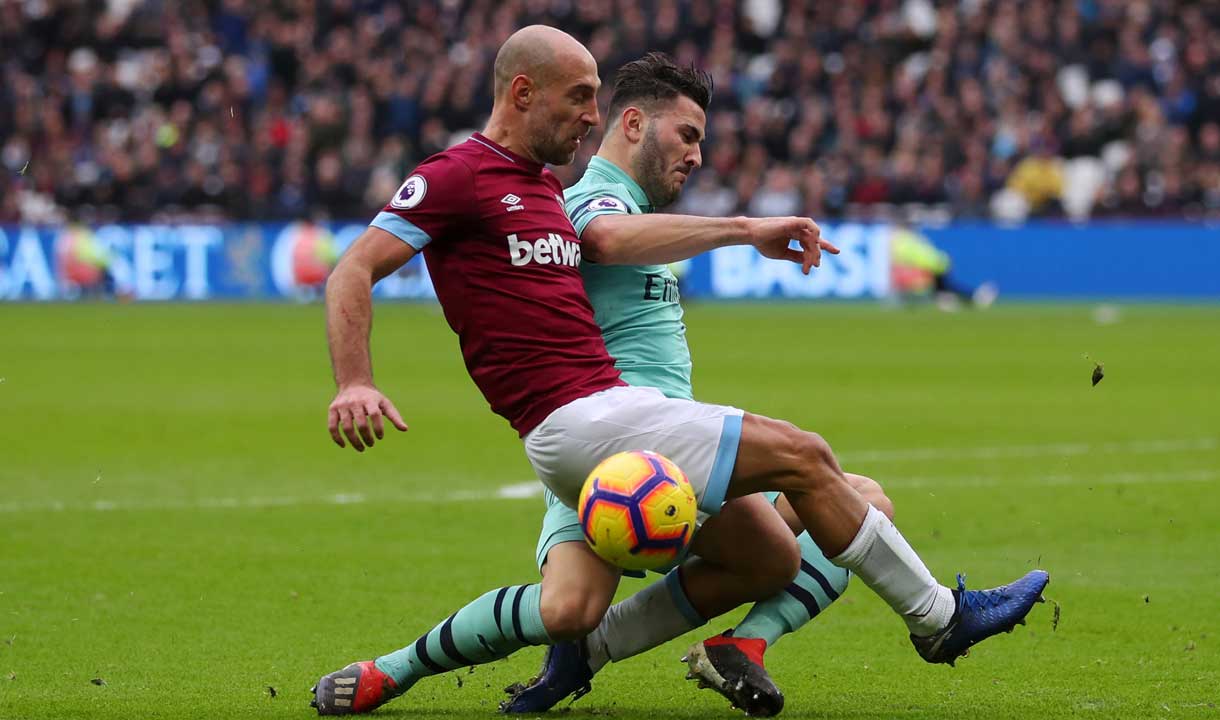 Pablo Zabaleta has backed Samir Nasri to keep on improving following the Frenchman’s impressive start to life in a West Ham United shirt.

Nasri joined the Hammers at the end of December after completing a 12-month ban and has wasted little time in slotting into life with his new team, helping them to victories against Birmingham City and, on Saturday, against his former side Arsenal.

Zabaleta knows all about Nasri’s ability, having won the 2011/12 and 2013/14 Premier League titles alongside him at Manchester City, and he says the 31-year-old’s value to the side will only increase as his fitness levels grow.

He said: “It was a great game for Samir, his first Premier League game for us against Arsenal, his old team, in a game where the intensity and pace was different to against Birmingham.

“He’s one of those players that we know on the ball is a different class. In the last few weeks he needed to work on his fitness level and the reason he's here with us is that we lost Lanzini at the beginning of the season and then Jack Wilshere.

“He’s someone to play in between the lines and behind the striker, so having Samir with the team is something very good for us. He will improve with each game because it’s more about his fitness level. He will bring us so much quality.”

That quality was evident in the 1-0 victory against the Gunners and Zabaleta is now focused on taking that form into Saturday’s trip to AFC Bournemouth with the Hammers keen to bed down their place in the Premier League’s top ten.

“Saturday was a great performance from the whole team, especially in the first half when we had a few good chances.  Then, after we made it 1-0 we defended really solidly and to keep a clean sheet against a team like Arsenal, who have so much quality up front, means we have done really well.

“This season the owners have shown so much ambition by bringing in a successful manager, then spending big to add the quality to the team. You can see now that the team is going well.

“I think we need to go step-by-step, and I hope we can continue to play well and make sure we finish the season on a high.