Pellegrini: I did my homework on signing Nasri 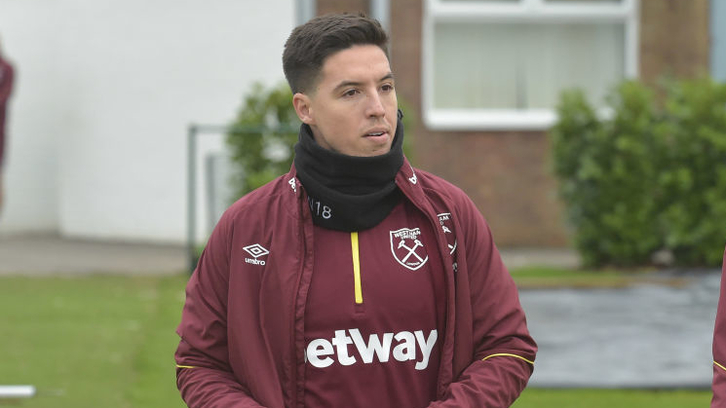 For Manuel Pellegrini, bringing Samir Nasri into his West Ham United team was an easy decision to make after fully assessing the quality that the Frenchman offers.

Nasri made his West Ham debut last weekend in the FA Cup against Birmingham City and is in line for his first Premier League showing in the Claret and Blue versus his old side, Arsenal, on Saturday.

Pellegrini knows the 31-year-old’s talents, having worked with him previously at Manchester City, and expects Nasri to show his best in the near future.

The Chilean said: “I think the fans can expect a lot from Nasri because he is a top player. The way he continues having some minutes, when he is used to playing 90 minutes again he will be a top player at this club.

“It is so important to give him the opportunity to work with us, so I hope we will recover the same Samir Nasri that we saw three or four years ago with me at Manchester City.”

The West Ham head coach is delighted to have Nasri available and is hopeful the midfielder can show why he is considered such a good player.

“When I bring players here I say my responsibility doubles than when players were already here with the squad,” he added. “You must take decisions. This was not a high risk one - because he signed for six months.  He wanted to demonstrate he was back in football. There’s a lot of players you can buy and the risk is high.

“He made no problem with the contract. He was not fighting for more or less money. He had an agreement and he wants to demonstrate between now and June that he is able to be a top player in football.