Pellegrini: It was a complete performance after the first ten minutes

Manuel Pellegrini was happy with the way his West Ham United team recovered from a sluggish start to down Fulham at London Stadium on Friday night.

The Hammers were caught out in the opening stages as Fulham took advantage of their doziness to move in front through Ryan Babel.

But the hosts regrouped and made sure they secured their first win since their last London derby at home against Arsenal as Chicharito, Issa Diop and Michail Antonio hit the target.

The boss couldn’t explain his team’s poor beginning to the contest, but gave them credit for the way they turned the contest around.

“We started the game sleeping,” he admitted. “The first ten minutes were unbelievable. They created clear chances, scored a goal and had another shot which was wide, but very dangerous.

“After those ten minutes, which were difficult to understand, I think we played a very good game. We scored three goals, we had three or four more chances, Fulham didn’t have any more clear chances in our box so it was a complete game without those first ten minutes. 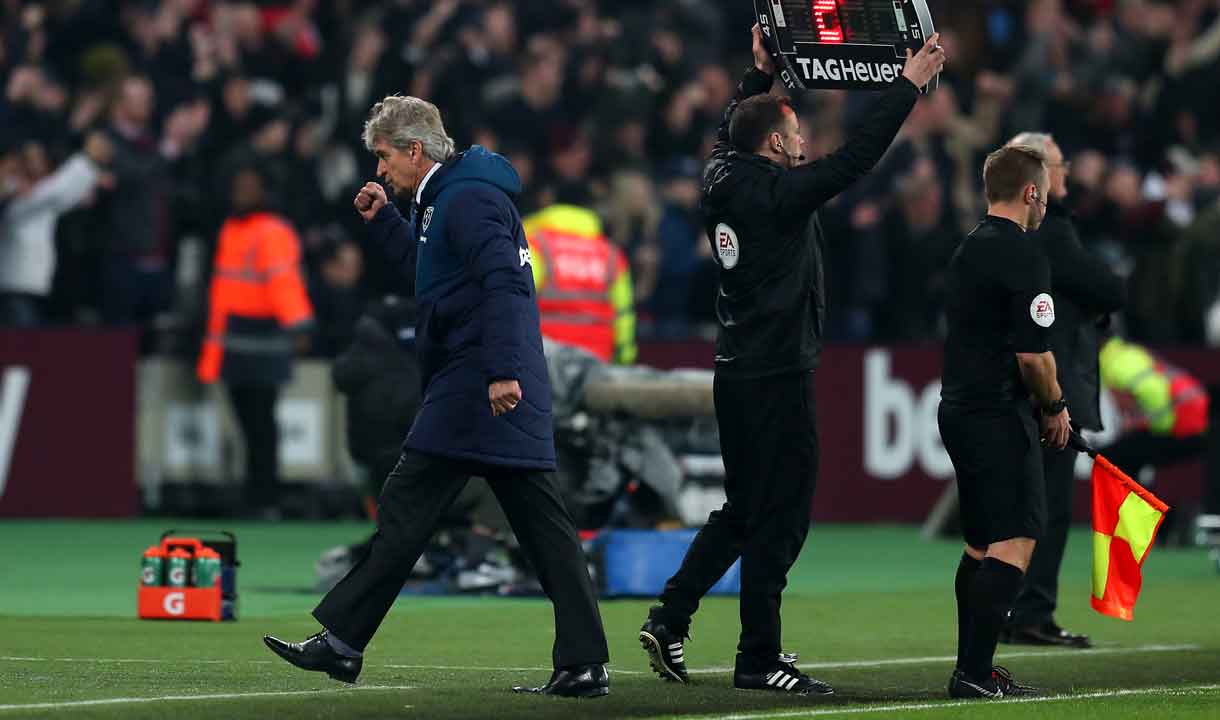 “I don’t know the reason, maybe we were a little distracted at that moment. The important thing was that we changed the game after that.”

“From my position on the bench I couldn’t see [how Chicharito’s equaliser went in]. I’ve seen it since and it was handball, but it was one that nobody saw very clearly at the time. I don’t think it decided the game, we scored two more and created three or four other chances which the goalkeeper saved well.”

Pellegrini was also thrilled to see Manuel Lanzini back on the pitch following a long-term knee injury as his squad returns closer to full strength.

He added: “Of course, not only Manuel Lanzini but Marko Arnautovic is getting fit again and Samir Nasri will be very important. Next week Fabian Balbuena could be back again, so of course I never complained when we didn’t have the results but it’s very difficult to play with eight or nine injured players.

“Marko tried tonight to do his best. Unfortunately for him their goalkeeper made a very good save, he also assisted the goal for Antonio so I think he will return week-by-week to his normal performance.”