Flaherty: Man Utd result was for our fantastic fans

The Hammers ended a run of three Barclays FA Women’s Super League losses on the bounce in the final minute of a pulsating encounter on Sunday, as Katharina Baunach chipped in her second free-kick of the game to secure a vital three points for the Irons.

The match was destined to be an instant classic after the Red Devils took the lead after just 40 seconds, through Kirsty Hanson’s header, only for Laura Vetterlein to score her first West Ham goal just two minutes later to level.

Lauren James thought she had secured the win for Casey Stoney’s side on 90 minutes but Baunach struck twice from dead-ball situations to claim a memorable victory, sending the home supporters among the 1,763 in attendance into delirium.

The fans were definitely our twelfth player. We've had a couple of difficult weeks so that result was for them.

This win, according to West Ham United women’s captain, is for those very supporters.

“It’s a little bit like roles reversed,” Flaherty told whufc.com “You think about last weekend’s game against Reading and they nicked the late winner, and we did the same in this game against Manchester United.

“I thought we were brilliant. We battled and we stuck together as a team, and we deservedly got the three points and the win.

“I think that the fans were definitely our twelfth player. Even when Leanne [Kiernan] unfortunately got sent off, they were vocal, and they stuck with us. They find it just as tough as us, if not tougher, when we don’t get results. We’ve had a couple of difficult weeks so tonight, that result was for them.” 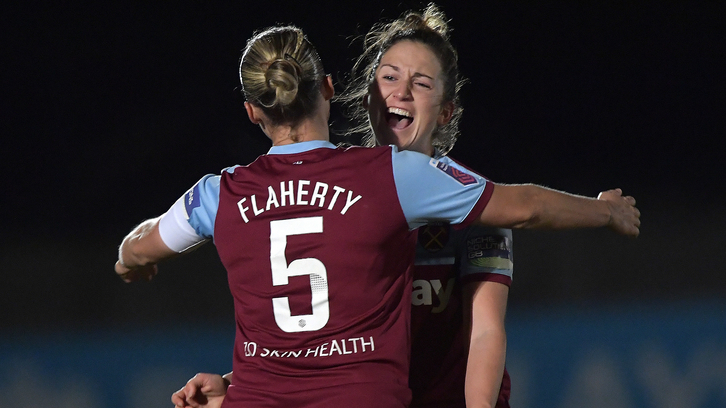 With Baunach bending home twice against Manchester United, the German international takes her tally to three goals in her last two games for the Hammers, and Flaherty is delighted that the full-back is finding such fantastic form in Claret and Blue.

The captain continued: “I remember before Katha took that second free-kick that I said to her ‘put it in the net to shut them up’. They were being very vocal and there was no better feeling.

“It was so nice for her, and deservedly so. Katha’s had a couple of tough weeks and, for her to do it last week and again against Manchester United, it’s a testament to her as a player.”

Having struggled to find form in the league in recent weeks, Flaherty admitted the Hammers had an in-depth meeting earlier this week, something the side is now feeling the benefits of. 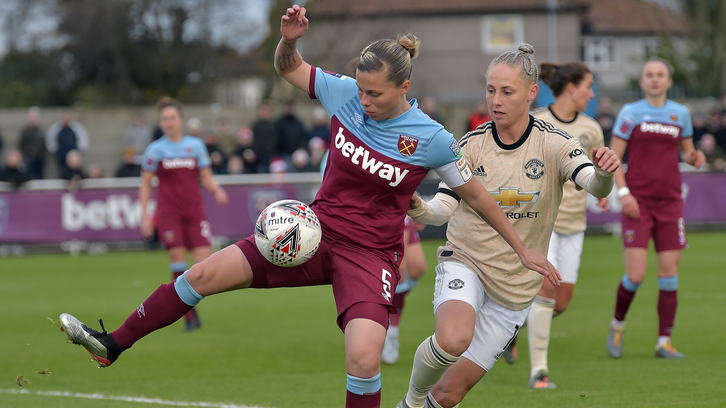 The centre-back is thrilled the side pushed on to get a winner in a match that may have ended level in previous weeks, and the skipper is hopeful of taking that attitude and desire into the final three matches of 2019.

She added: “We had an honest chat in the week as a team and we spoke about what our reaction would be if we went a goal down. It has to be better and I don’t think you can get a better reaction that that. It was 1-1 so early on in the game.

“We’ll improve on that, staying tight, but the will to keep going and the attitude in staying tight and getting the three points was amazing. Maybe a couple of weeks ago we would have settled for the 2-2, but we kept going and it’s a massive three points.” 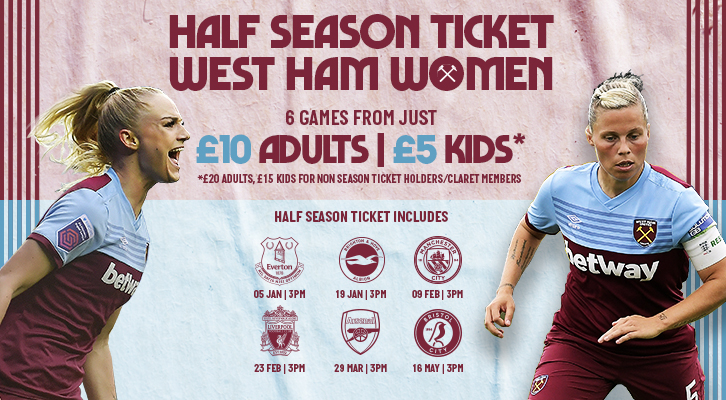