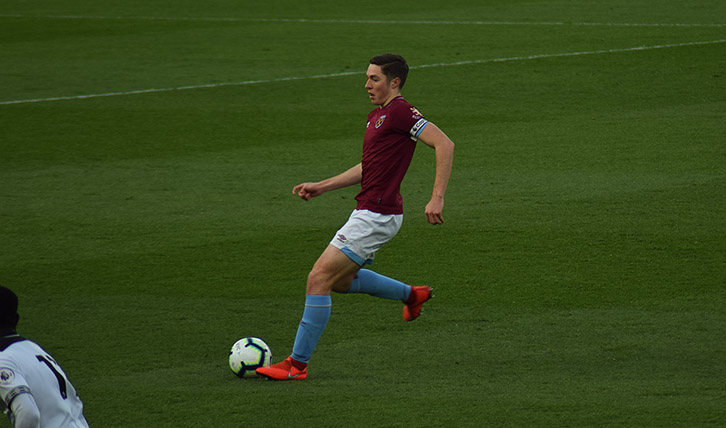 West Ham United midfielder Conor Coventry believes the Hammers are improving but should have taken more of their chances as the side were held 2-2 by Derby County on Monday night.

The Irons came from behind twice at Pride Park thanks to well-taken goals from Jahmal Hector-Ingram and Nathan Holland in the second half.

The midfielder feels his side did more than enough to warrant all three points had they been more clinical in front of goal as their place in Premier League 2 Division 1 hangs in the balance.

“I think on the ball we really dominated the game, we just maybe didn’t finish our chances,” he told whufc.com. “We could have created slightly better chances and then we’ve given away two goals. It’s stuff that we shouldn’t really be doing at this level and it’s cost us tonight.

“On the whole we should be coming away with the win. It was good from the boys to come back twice.

“Everyone’s got to lift their spirits now for another big game against Everton and obviously we have to win. It’s out of our hands now as to whether we stay up but we have to win so everyone will be ready for that.”

The draw, along with Tottenham’s win over relegated Swansea, means the Hammers have to win against Everton at London Stadium on April 29 to be within a chance of retaining their place in the division. 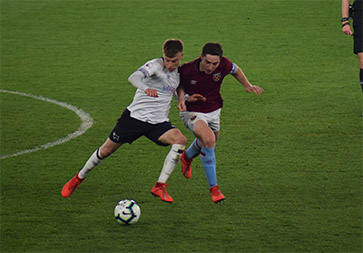 Spurs, who play Derby on the final day, leapfrogged the Hammers and are now two points and a place ahead of Liam Manning’s side, pulling the Irons into the relegation zone.

Coventry says it’s now time for the team to focus on their own game when they take on Everton, a team who were crowned league champions after beating Brighton & Hove Albion last night.

“You always know if you’re from a team like Everton you’re going to have good players and players who are going to be aggressive and run around, so you always know you’re in for a game,” he added. “If we can match them then hopefully we’ll show our quality again and get the win.

“Some of our play at times was very good and we made some very good chances. It’s just that final bit, putting it together and finishing it.

“I think probably the last three games now we’ve been performing well and everyone’s been on the same page, working hard for each other. We’ve got a few results and we obviously haven’t got the result we wanted here but it’s just the performances have definitely improved.”