Hazard's at the double to defeat Hammers 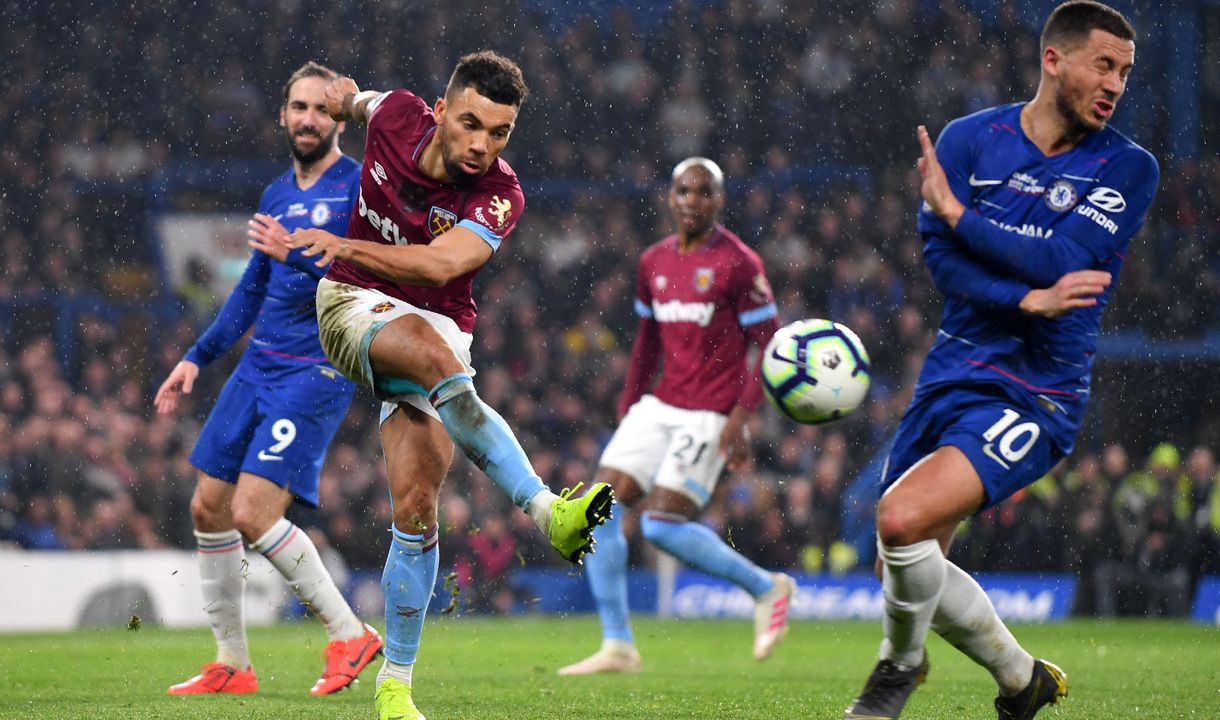 The Belgian was an almost unstoppable force throughout, opening the scoring with a world class individual goal midway through the opening period, weaving through four West Ham challengers to find the net.

Chelsea’s incisive football threatened to blow the visitors away in the opening period, but they came again in the second half and went close through Manuel Lanzini and Aaron Cresswell.

Ultimately though, Hazard had too much for the east Londoners, and he sealed the points for his side with a second at the death.

After a quiet opening ten minutes, Hazard served a warning to the Hammers when he drove towards their box at pace, only being halted illegally by Angelo Ogbonna – a challenge which drew the game’s first yellow card. Emerson, to the visitors’ relief, curled the free-kick harmlessly wide.

With 16 minutes on the clock, N’Golo Kante exchanged passes with Callum Hudson-Odoi to advance to the edge of the area, but lifted his shot a fraction over Lukasz Fabianski’s bar.

The Blues were doing most of the attacking and they gained their reward in style with 24 minutes on the clock.

Hazard picked up possession midway inside the West Ham half and with the visitors’ spine in front of him, but he made light of the challenge, dancing his way into a shooting position inside the area and slotting past Fabianski. It was a truly special goal.

Shortly afterwards a combination of Fabianski and the near post kept out Gonzalo Higuain’s shot from a tight angle and Chelsea kept the pressure up, with Callum Hudson-Odoi and Higuain again going close before the break.

West Ham reached the interval just a goal down, grateful for the opportunity to regroup, and they were not far away from levelling it up nine minutes after the restart.

Felipe Anderson got the move started, clipping a fine ball out to Marko Arnautovic in the right channel. He held it up, waiting for the runners, and laid it back to Lanzini, whose shot was beaten away by Kepa.

Then, with 63 minutes on the clock, Cresswell was a whisker away with a left-foot rocket from the edge of the area.

Back came Chelsea and the irrepressible Hazard was slipped in by Reuben Loftus-Cheek, who was a monumental presence in midfield throughout, but Fabianski held onto the Belgian’s dinked effort.

Eleven minutes from time, Ross Barkley had the chance to wrap it up for the hosts, but he couldn’t get enough on Hudson-Odoi’s cross at the far post, touching it wide of the mark.

It fell to Hazard to notch the game’s clincher in the final minute, taking down Barkley’s cross as the Hammers were slow to clear their box, before drilling low and hard beyond Fabianski.