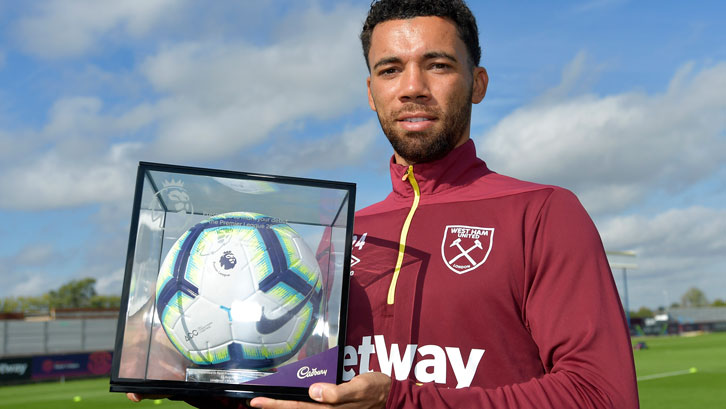 Ryan Fredericks says playing Premier League football for the first time has been an education.

The full-back made his top-flight bow for West Ham United in the opening-day defeat at Liverpool and has also started against Arsenal and Wolverhampton Wanderers.

And while he yet to experience his first league victory in Claret and Blue, Fredericks believes his game has come on leaps and bounds since he made a summer switch from Fulham to the Hammers.

“[Making my Premier League debut] was great, it’s something everyone wants to do from a young age as it’s the best and most competitive league in the world,” said the 26-year-old, who was presented with a commemorative Premier League Debut Football this week. “It was a wide awakening as it doesn’t get much tougher than going away to Anfield for your first game, so it was a steep learning curve straight away but I enjoyed the experience and you have to enjoy them because they only happen once!

“It’s a lot different [in the Premier League]. The Championship is more end-to-end and maybe not as much tactics go into it. In the Premier League, you can’t make as many mistakes as you’re playing against world-class players and you get punished.

“I’m ready to get out there. I learnt probably more in the first three or four games I played in the Premier League than I probably have in the last four years of my career, so it’s stuff I picked up and saw the other players doing. I’m ready to help this team by doing as much as I can.” 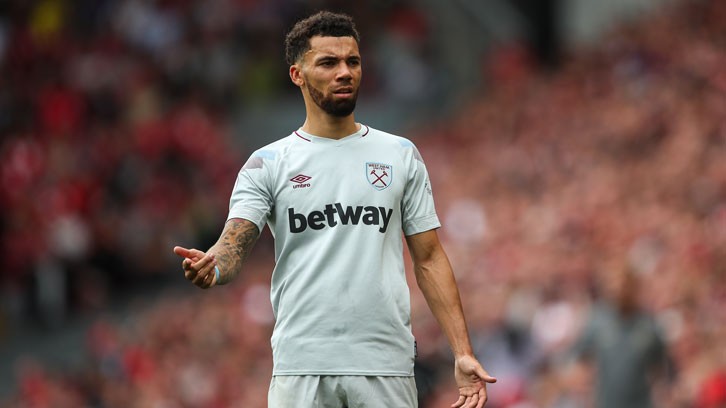 After coming through the ranks at Tottenham Hotspur, he was loaned to three EFL clubs – Brentford, Millwall and Middlesbrough – before dropping into the Championship on a permanent basis, first with Bristol City and latterly with Fulham.

After three fine seasons at Craven Cottage, climaxing in a Championship Play-Off final win in May, the right-back earned a move to West Ham and the Premier League.

“I think it’s a common route now,” he observed. “It’s very rare, especially at some of the top clubs in England, that you’re going to go from playing Under-18 football and then you’re going to be trusted to go straight into the first team at a Premier League club.

“It gives you good experience and there are a lot of good players at the lower levels. We’ve seen from players from the Championship and even League One stepping up to the Premier League and doing well.

“That should really spur some of the young lads on to go out and get games and experience, as men’s football is very different from Under-18 and Under-23 football and there some things you can only learn by playing men’s football.”