Moyes: Finishing in the top half is a big incentive to beat Everton

David Moyes says the possibility of finishing in the Premier League’s top ten is a ‘big incentive’ to defeat his former club Everton on Sunday.

West Ham United need to beat the Blues and hope five other results go their way to climb into the top half, but with Newcastle United facing Chelsea, Crystal Palace hosting resurgent West Bromwich Albion, AFC Bournemouth at Burnley, Watford at Manchester United and Brighton & Hove Albion at Liverpool, it is not beyond the realms of possibility.

Amazingly, with just one game to play, the Hammers could finish anywhere between tenth and 17th in the table, with a prospective extra £14million in prize money available should things go their way.

Finishing in the top half is a big incentive

“Finishing in the top half is a big incentive, but the biggest thing for me and the real job was to ensure we remained a Premier League club, and we’ve got that job done,” said Moyes.

“We’re not celebrating staying up, but at times you do have to look at it as a good achievement from the position we were in. 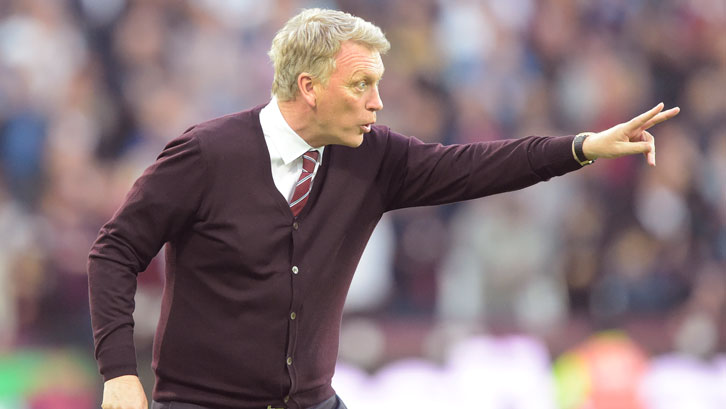 For Moyes, too, the prospect of managing against the club where he spent eleven seasons between 2002 and 2013, achieving nine top-eight finishes, and against one of his closest friends in the game, former West Ham boss Sam Allardyce, are added motivation to finish the 2017/18 campaign on a winning note.

Moyes holds the upper hand over Big Sam historically, winning 12 of their 21 managerial clashes – the most victories he has over any single opposing manager – and losing just six.

“It’s definitely still special for me Everton has always been a big game, so it’ll be a big day, with Sam coming back here too, for both of us.

“In the years gone by, we’ve sat in opposite dugouts, not in this stadium, obviously, but in other stadiums.”