Noble: It's a good point tonight

West Ham United skipper Mark Noble had a 50th goal for West Ham United to celebrate on Tuesday night as the east Londoners came from behind to claim a valuable point against Crystal Palace.

Missing a long list of players to injury and suspension, the Hammers looked up against it when Christian Benteke headed the visitors in front, but they rallied and claimed a share of the spoils thanks to Noble’s effort from the spot.

West Ham might even have won it when Chicharito went close with a header in the second period, but Noble felt the point was fair and was pleased to extend their unbeaten Premier League run to six games.

“I think it was similar to our last league match against Bournemouth, we started well, couldn’t quite find the end product, went 1-0 down and managed to come back which is a good thing,” he said.

“Joao and Chicha did fantastic for the penalty, and I think all-in-all Crystal Palace will say the same thing – that a point was fair.

“[The bottom half of the table is very tight and] that’s the way it’s going to be now, with the money that’s involved in football and the players that all Premier League teams can buy. It’s going to be a fight to the end.

“From bottom to ninth or tenth, everyone is still trying to avoid relegation. A point tonight is good, it means we’re still unbeaten in the league this year and it keeps the mood in the camp good.” 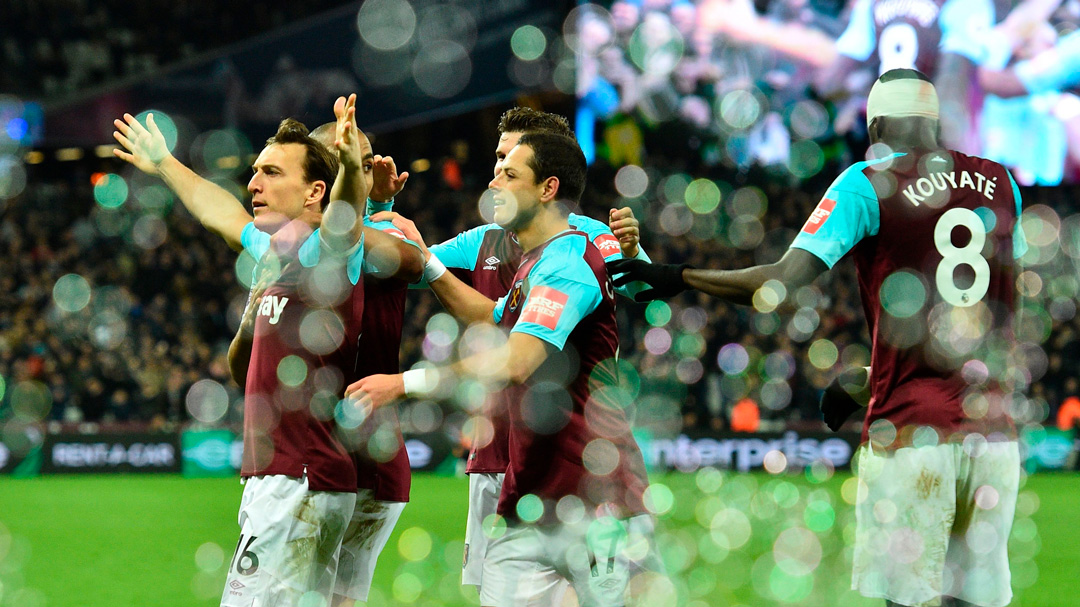 Joao Mario was handed his home debut less than a week after signing for the Club and Noble was impressed with the new boy, who looked composed playing off Chicharito in midfield.

He continued: “We haven’t really trained together. We did a walk-through yesterday and the boys who played in the Cup game at the weekend have literally done a piggy-in-the-middle with us all, so to come into a Premier League game on a pitch that big, he looked really comfortable.

“No pressure Joao, but I’m looking forward to when he’s up and running!”

Mario himself was delighted to step on to the London Stadium pitch for the first time and he praised his teammates for helping him to settle in so quickly.

“It was a good game for the team,” the new No18 said. “It’s an important point and there are still a lot of matches left.

“The Premier League is really difficult – it was my first game but I feel great because all my teammates helped me a lot. I just need to work hard to give my best performances.”