Martinez: Making my full debut is a great feeling 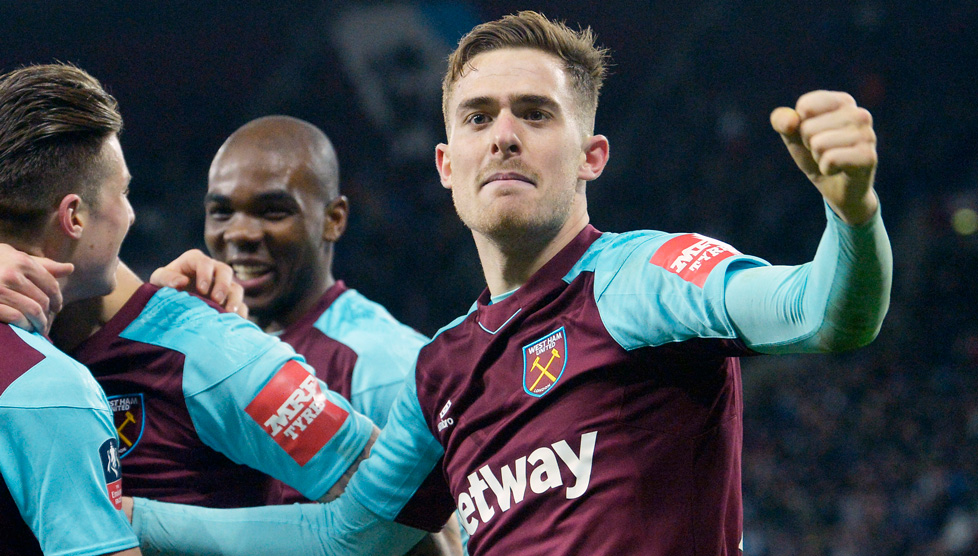 January 16, 2018. Toni Martinez will always remember the date, for that was when 18 months of hard work as a Hammer paid off with his full debut.

The 20-year-old striker played the 120 minutes as David Moyes’ men battled past valiant Shrewsbury Town thanks to fellow youngster Reece Burke’s extra time winner and he was thrilled to step out onto the London Stadium turf in competitive action.

Martinez left Valencia in his homeland to join West Ham in summer 2016, and now he wants to build on the experience of helping the east Londoners past the Shrews as they progress to the Emirates FA Cup fourth round.

“It felt great to make my full debut,” he beamed. “It was very good for me to get 120 minutes and I’m really happy to get the confidence from the manager to do that.

“I’ll take [even more] confidence from it and finally we got the win to progress in the FA Cup.

“I’ve been working for 18 months to get this opportunity since I arrived and I’m very happy to get this chance.”

Martinez played a key role in Burke’s 112th minute goal – the only strike across three-and-a-half hours’ football in Shropshire and east London – and he felt the Hammers deserved their hard-fought victory.

He explained: “To be honest I didn’t see Reece there, I just tried to put the ball in the box and it was lucky for me that he scored that great goal.

“I’ve not been surprised by Shrewsbury’s level away or on Tuesday here. The League One level is so physically tough and it was a hard couple of games for us.

“We’re into the next round and I’ll keep working in every training session to get more chances.”

Vlašić: I worked for this moment

Moyes: We’ve built a bit of confidence back