Martinez: The fans' support for me was incredible 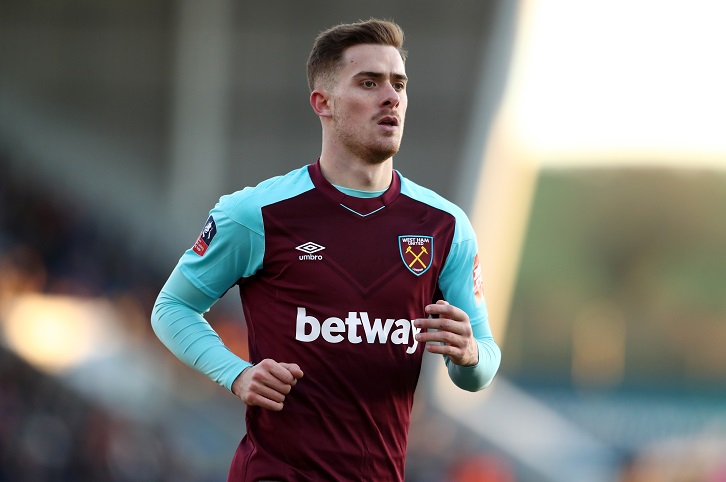 The 20-year-old became the Hammers’ 930th senior player when he was sent on as a second-half substitute in Sunday’s goalless Emirates FA Cup third round draw at Shrewsbury Town.

After hearing his name chanted loudly by the travelling Claret and Blue Army, the Spaniard showed his usual endeavour, but the chance to add to the ten goals he has scored for the U23s already this season sadly never arrived.

Neverthless, Martinez enjoyed the experience and is now hoping for more opportunities to impress both his adoring fans and manager David Moyes on the first team stage.

“It’s always good to hear the support from the fans and I’m really happy to make my debut finally, so now I promise that I’m just going to keep working and I’m sure that more chances will arrive,” he said.

“I’m going to keep working for more opportunities and I’m sure they will arrive. It’s unbelievable to hear the support the fans have for me. When I was warming up, I could hear them singing my name and that’s incredible. I never played for the first team before, so it was great. We have some of the best fans in the world and I’m proud of that.

“I’ve been working hard for 18 months since I arrived here for that 20 minutes on the pitch and I just tried to do my best. I didn’t get any chances but I’m sure that, in the next game, we’ll get chances and win the three points.”

Martinez made a name for himself with important FA Cup goals during his loan spell at Oxford United last season, when he scored against Premier League opposition in Newcastle United and Middlesbrough.

And the young hitman said his West Ham teammates were backing him to hit the back of the net in the same competition again at Montgomery Waters Meadow.

“The lads were joking in the dressing room that I would get the winner because I’ve played two games in the FA Cup and scored two goals! I was unlucky on Sunday as I didn’t get any chances, but I’ll be ready for the next one.”

Having played in League One for Oxford, Martinez knew what to expect from Shrewsbury, who created better chances than their Premier League visitors and arguably should have gone through to the next round.

But, having earned a replay in Shropshire, the centre forward believes the Hammers can produce the goods in the replay at London Stadium and safely progress to the fourth round.

“To be honest, I’m not surprised with the level Shrewsbury showed. League One is a high level and this team is at the top, and we know how hard it was playing them on their pitch in front of their fans. All we can do is keep working and looking forward to the next one.”