Moyes: We kept at it and got the reward 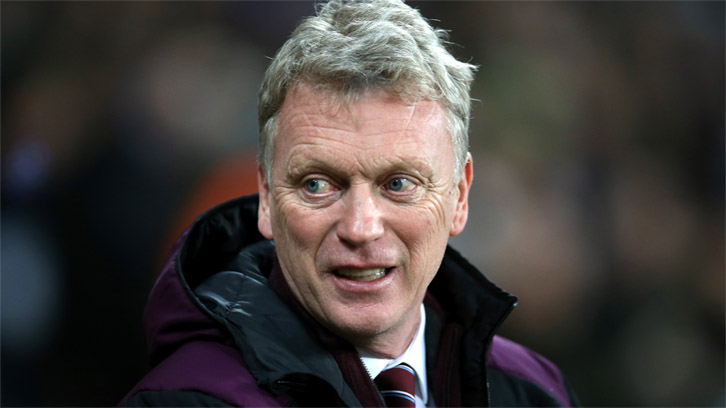 David Moyes claimed West Ham United got their reward for keeping at it in a 2-1 victory against West Bromwich Albion at London Stadium on Tuesday night.

The Hammers had Andy Carroll to thank after the big forward – restored to the starting XI for the clash – grabbed his second of the game four minutes into injury time to give the hosts all three points.

And after frustrating results against Newcastle United and Bournemouth in recent games in the Premier League, the boss believed it was just for his side to finally pick up maximum points.

He said: “It was a vital three points for us. The win is so important and it could have gone either way on the night.

“We’ve been unlucky against Newcastle and then we felt we should have won the game against Bournemouth, so we’ve won the game tonight and that was maybe just for us.

“We have kept at it tonight and we’ve got a better reward for it. For long periods, we needed to do more – especially at the back – but in the end we got that reward.”

It looked as though it was not going to be the east Londoners’ night in their first fixture of 2018 when the Baggies took the lead through James McClean’s deflected strike.

And having gone into the break 1-0 down before Carroll lifted the roof off London Stadium, Moyes admitted his side were not good enough in the first period.

We have kept at it tonight and we’ve got a better reward for it. We’ve won the game and that was maybe just for us 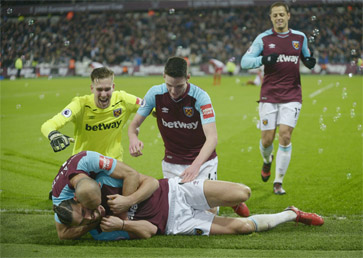 “First half, I didn’t think we played well,” he explained. “I think the system we played didn’t work at all where before it has been good for us.

“We got 15 yards further up the pitch in the second half but we weren’t at the races in the first half.

“Mark [Noble] came on and gave us a bit more experience in the second half. We were a bit worried because he’s only just come back from a hamstring injury and you can see the amount of injuries teams are picking up.

“But we stepped it up and although we still needed to do more at the back, it was great to get the win.”

Having been selected to play from the start for the first time since the back end of November against Leicester City, the Big Man repaid the manager’s faith with his first two goals of the season and Moyes was delighted with the 28-year-old.

“I think the first goal, there are not many centre-halves who could deal with Andy’s leap and jump and the ball in was terrific. You have to give Andy great credit for the finish on the second one.

“Michy Antonio has been, Marko [Arnautovic] has been scoring goals and it’s been the other end we’ve had to do better.