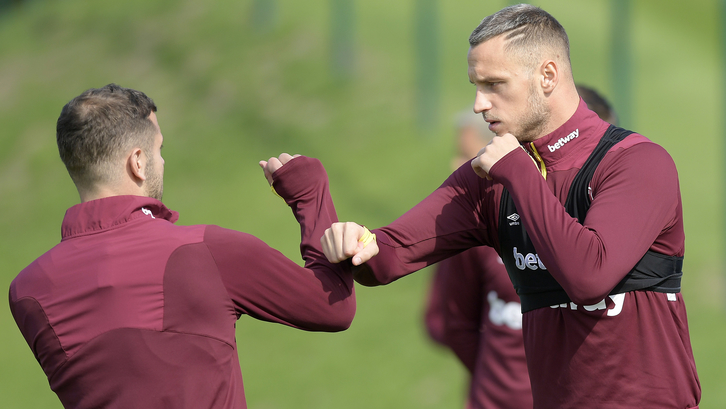 Last season’s Hammer of the Year was substituted due to a slight knock in last weekend’s defeat at Arsenal, and didn’t feature in the side’s 3-1 Carabao Cup victory at AFC Wimbledon.

However, Pellegrini has said that the 29-year-old has participated in training with the squad this week and could therefore feature against Wolves on Saturday.

“Marko had a small problem behind his knee in the last game,” Pellegrini confirmed. “He was not comfortable and not able to play those last few minutes. But he’s had an examination with the doctor and he’s worked this week with us.

Marko is a strong man and he wants to recover as soon as he can, and he did. Since Tuesday, he’s been working.

“There are small things. Marko is strong. He has to challenge every ball. Maybe he’s had some kicks or other things that affect him. But he’s a strong man and he wants to recover as soon as he can, and he did.

“He doesn’t have any problems. Since Tuesday, he’s been working.”

The boss also revealed that there are no further injury concerns that he needed to consider heading into this weekend’s match.

“For the moment, we have no problem.”

With the likes of Aaron Cresswell playing the full 90 minutes in Tuesday’s match, Pellegrini admitted that he has options to consider in every position, and that it is down to him to decide which players will feature. 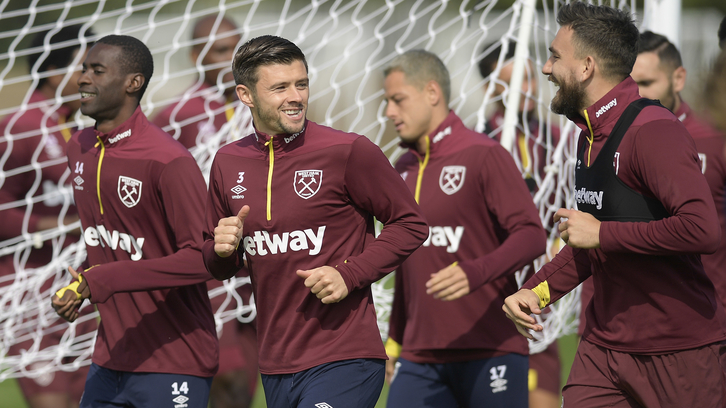 However, it is a headache the manager is enjoying.

He added: “I spoke with the players before the Cup game and I need to analyse the performances from all of them in every game and every training session. We are training here every day.

“Unfortunately for Cresswell, he had a long injury in pre-season, and only played 45 minutes in the last game of pre-season. After that though, if we look at the game he played on Tuesday, he did it very well.

“He is a good player, but Arthur is also doing very well. It’s important to have a good squad, and as the manager I will choose the player who is right.”