Slav - Noble is our leader 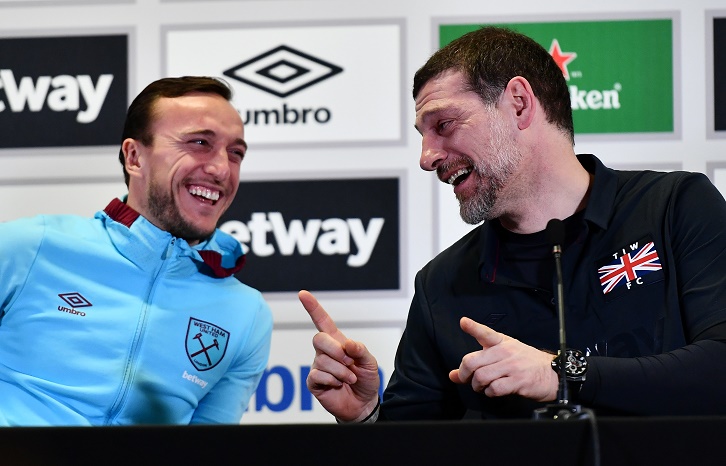 When it comes to Mark Noble and the personal responsibility he takes as West Ham United captain, it’s not just a case of getting up, but lifting those around him at the same time and then driving them on to bigger and better things.

For Slaven Bilic, that leadership quality is an asset he has been able to rely on since the day he walked back into the Club in the summer of 2015 and named Noble as his skipper.

“He is the leader of the team,” said the Hammers boss. “He keeps us balanced. Sometimes he has a great game, sometimes he doesn’t. But overall he is playing good for us.

“And he is more than a player on the pitch. His presence means a lot. It means a lot for the others around him.”

You can’t just judge a player on one mistake. If it’s like that, Barcelona should have sold all their players after the first leg in Paris!

The praise for his captain came in response to questions about Noble’s mindset following the 2-1 home defeat against London rivals Chelsea on Monday, when his misplaced pass midway through the first-half led to Eden Hazard opening the scoring for the visitors.

Noble responded in the same way he has done since breaking into the Hammers’ first-team as a fresh-faced 17-year-old in 2004 – by rolling his sleeves up, refusing to hide or shirk a challenge, and doing his utmost to drag his team back into the match.

To his manager, that came as no surprise. And using the example of Barcelona’s jaw-dropping comeback against Paris St Germain in the Champions League this week, Bilic explained exactly why his faith in Noble remains absolute.

“You can’t just judge a player on one mistake,” he said. “If it’s like that, Barcelona should have sold all their players after the first leg in Paris. Now they should give them all long-term contracts. Paris the other way around. Sell them all.

“Before Chelsea I was asked the question: Does Mark Noble deserve an England call-up? Now, after nothing basically, I am being asked: What about Mark Noble?

As the squad trained in the sunshine at Rush Green on Thursday in preparation for Saturday’s trip to Bournemouth, Noble was there again, working, demanding, encouraging. He is now just four games from reaching 400 senior appearances in claret and blue, yet that determination, drive and desire shows no sign of abating.