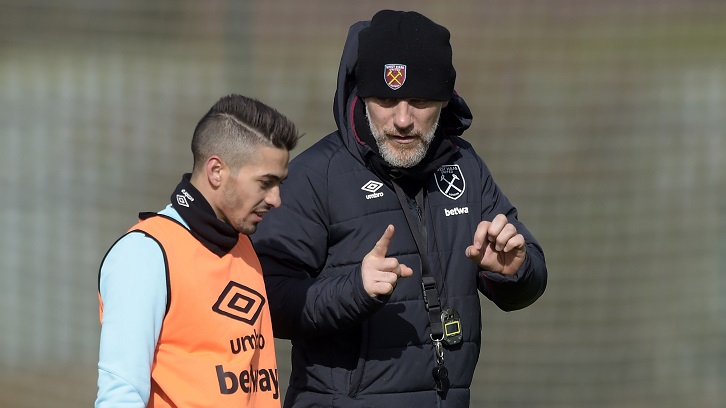 Lanzini has been in outstanding form since taking his place as the Hammers’ central playmaker following the departure of Dimitri Payet, making the No10 position behind the striker his own in recent weeks. Manager Bilic says the 24-year-old has shown great maturity to overcome the disappointment of missing the 2016 Rio Olympic Games through a knee injury to become a vital member of his side.

The five goals and two assists Lanzini has achieved bely his overall contribution to the team. His outstanding technique and dribbling, penchant for wriggling out of tight situations and ability to turn defence into attack and create space for others are all qualities which Bilic hailed when asked about the South American’s contribution.

Next up for Lanzini and West Ham is the challenge of overcoming runaway Premier League leaders Chelsea at London Stadium on Monday evening, but the boss is confident his diminutive creator will not be overawed by facing the Blues.

“When your best players improve, then you are improving as a team,” Bilic observed. “They are your best players not only because of their individual skills, but because they are making all the other players around them better – and that’s what Manu means to us.

“He started the season with a big injury and a big disappointment that he couldn’t go to play for Argentina at the Olympic Games, then he needed a bit of time to get into good shape and all that, and the team helped him.

“Of course he is now also helping the team and he’s a top player who is basically making all the players around him feel more comfortable on the ball, on the pitch, playing with more confidence, knowing if they’re in trouble they can pass to him and he will always make that space available for them. That is crucial.

“I’m a big fan of him. He’s a very young player with his ups and downs and he has to stay focussed and totally in his game and in football he can achieve great things.”

*Tickets for Monday’s sold-out visit of Antonio Conte’s Chelsea to London Stadium are available now here via the Ticket Exchange.