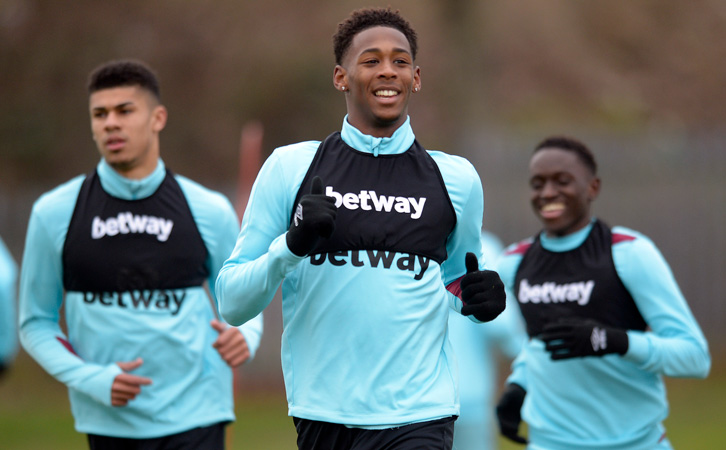 West Ham United can confirm that young defender Reece Oxford will join German side Borussia Monchengladbach on loan for the duration of the 2017/18 season.

The 18-year-old will begin his temporary spell with the Bundesliga club on July 1.

Hammers boss Slaven Bilic said: "This is a fantastic opportunity for Reece to continue his development and experience top level European football on a regular basis.

"He will play in a league which is very technical, which can only help him immensely, and he will also learn a new culture and gain valuable life experience.

"We believe Reece has a very exciting and successful future here at West Ham, and he now needs regular first team football to ensure his progress continues.

"We wish Reece all the very best in this adventure, and look forward to welcoming him back to the Club at the end of the season."

He will play in a league which is very technical, which can only help him immensely, and he will also learn a new culture and gain valuable life experience.

Oxford made his senior Hammers debut as a 16-year-old against FC Lusitans in the Europa League in July 2015, becoming the youngest first team player in the club's history, and then made his Premier League bow just a month later, starting in a 2-0 win at Arsenal on the opening day of the 2015/16 campaign.

He went on to make a further six league and two FA Cup appearances that season and then appeared in the opening match at London Stadium, against NK Domzale in the Europa League last August, before an ankle ligament injury curtailed his progress in the early part of the season.

After reaching full fitness in January, Oxford joined Reading on loan until the end of the season, making five appearances as the Royals headed towards the Championship Play-Offs, ultimately losing out to Huddersfield Town at Wembley in the final last month.

Oxford will report for pre-season training with Monchengladbach next month, who finished ninth in the Bundesliga and competed in the UEFA Champions League last season.

Meanwhile, goalkeeper Raphael Spiegel and defender Stephen Hendrie have both left the Club after terminating their contracts by mutual consent. West Ham United wishes both players every success in their future careers.