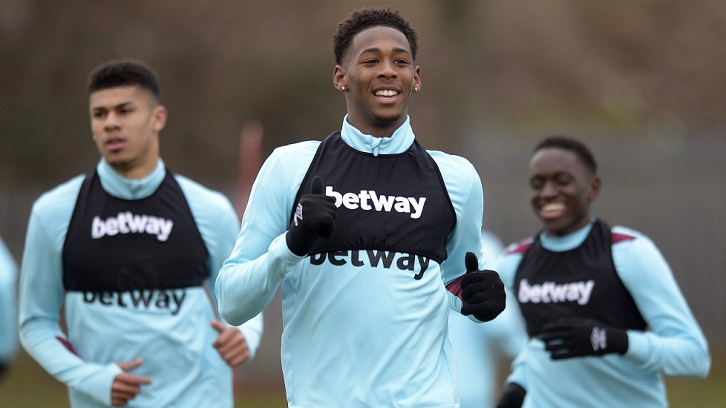 Reece Oxford has joined Sky Bet Championship promotion-chasers Reading on loan until the end of the season.

The 18-year-old Academy product, who signed a new four-and-a-half-year contract at London Stadium in December, will link up with the Royals to gain more valuable first-team experience.

Oxford became the youngest player to represent West Ham United when he took to the field in the Club’s 3-0 UEFA Europa League win over Lusitans in July 2016, aged just 16 years and 198 days.

The following month the defender started in the Hammers’ 2-0 Premier League victory at Arsenal, cementing his place as one of the country’s most promising young footballers. Oxford has already made a total of 14 first-team appearances for the Hammers.

He also featured for England at the UEFA European U19 Championship finals last summer. Oxford will now head to Reading, who are managed by legendary former Manchester United and Netherlands centre-back Jaap Stam.

West Ham boss Slaven Bilic is sure the loan move will prove highly beneficial for Oxford as he takes his next step forward in his career.

“This is a great loan move for Reece,” the manager confirmed. “He’s going to a club who are trying to get promotion and what’s really important for me is that the manager is one of the best centre-backs to have played in the last 20 years in the world.

“It’s a move that we should all benefit from; Reece, Reading and West Ham. I’m expecting him to come back here and play for us.”

Oxford joins Reading with the Royals hot on the heels of the Championship front-runners.

With 18 games to go, Stam’s side are in third, just six points behind Newcastle United in the second automatic promotion slot.

The Royals face former Hammers boss Gianfranco Zola and his Birmingham City side tonight, before travelling to Ipswich Town on Saturday, where he could face fellow Academy graduates Freddie Sears and Jordan Spence.