Scotland star Robert Snodgrass believes he has joined 'a Club with real ambition' after completing his move to West Ham United.

The talented left-sided midfielder arrives at London Stadium on a three-and-a-half year contract for a £10.2m fee, further strengthening a squad already bolstered this month by the capture of UEFA Euro 2016 winner Jose Fonte.

Snodgrass has been one of the Premier League’s outstanding performers this season, scoring seven goals and recording three assists in 20 appearances for Hull City, and will add creativity and quality to Slaven Bilic’s attacking options.

The 29-year-old pulled on a Claret and Blue shirt for the first time at the Club’s iconic home on Friday evening before sitting down with West Ham TV to talk about why he could not turn down a move to east London. 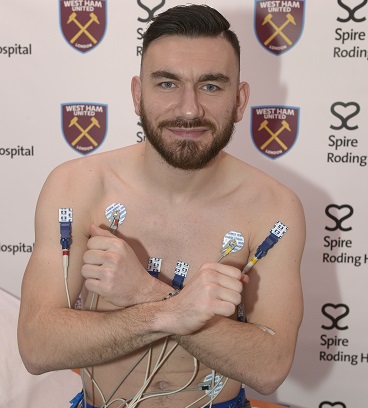 “I'm delighted because this is a massive Club with great tradition,” said Snodgrass, who is set to make his Hammers debut against Manchester City at London Stadium on Wednesday evening.

"This is the sort of Club which speaks for itself, the fans who come here and support week-in week-out and moving to and selling out this new stadium is terrific and I want to be part of it.

"The owners and the manager are trying to build something here and I just can't wait to get started. I feel this is a Club with real ambition, with the new stadium, great players and a manager of his calibre at Premier League level.

"The lads will say we want to be up in the top half of last table and repeat last year, so it's up to us. The Club has had a few good weeks with results and if I can add to that, great. I'm just looking forward to meeting my new teammates and getting started."

Snodgrass is the latest in a line of Scottish stars to pull on a Claret and Blue shirt, and the new No11 revealed he had spoken to Boys of '86 legend Frank McAvennie before opting to move to east London.

“The traditions of the Club also attracted me and I spoke to Frank McAvennie, who sold the Club really well, which was great," he said. “Ray Stewart and Christian Dailly were also here, so if I can do as well as Frank and the rest that would be great.

“This is my own chapter and it’s about me and not them and I firmly believe in my ability and that I can go and get a relationship with these fans and my new teammates and really drive the team up the league.”

The traditions of the Club also attracted me and I spoke to Frank McAvennie, who sold the Club really well, which was great 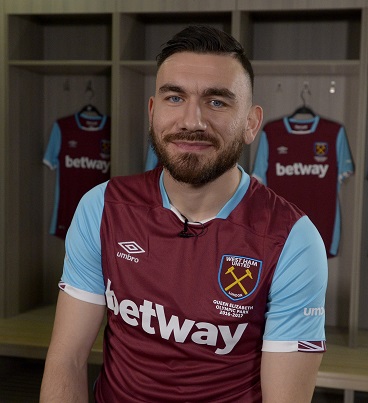 Born in Glasgow, Snodgrass began his career with Livingston, where his eye-catching displays reportedly saw him offered a trial by Spanish giants Barcelona.

After scoring 24 times in 107 appearances north of the border, the midfielder moved to Leeds United, where he played alongside West Ham defender Sam Byram during a successful four-season spell at Elland Road.

Snodgrass’s creativity and goal threat saw him net 41 goals and chalk up 45 assists in four seasons at Leeds, with whom he also won promotion in 2010.

Summer 2013 saw Norwich City and Premier League football come calling, and Snodgrass had no trouble adapting to a step up in level, scoring 14 goals in 74 games for the Canaries over two seasons.

A £6m fee took the player to newly-promoted Hull City in 2014 and he quickly established himself as a vital player for the Tigers, scoring four times and adding seven assists in just 24 appearances to inspire his team to promotion via the Championship Play-Offs.

At international level, Snodgrass has become a central figure for Scotland since debuting against Northern Ireland in February 2011.