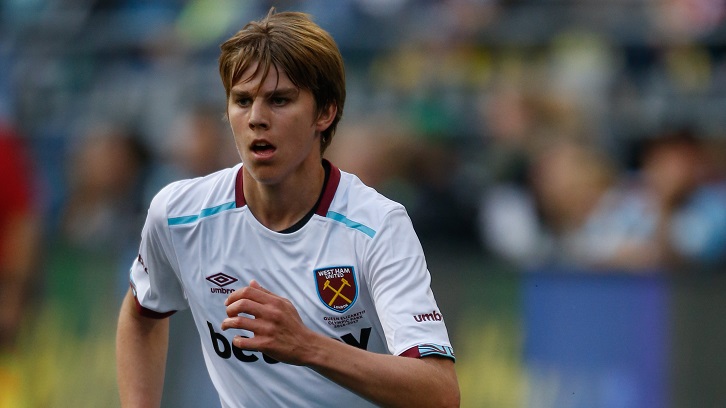 The 19-year-old is linking up with Posh for a second time, having starred for the London Road club in League One and the Emirates FA Cup last season.

The teenager scored two goals in 20 appearances for Peterborough last season, including a stunning individual effort in a 3-2 win at Sheffield United exactly a year ago on 2 January 2016.

Samuelsen, who made his Norway debut against Iceland last summer and scored his maiden international goal against San Marino in October, also spent time with Championship club Blackburn Rovers earlier this season.

Peterborough manager Grant McCann, who came through the Academy of Football ranks and made four first-team appearances in Claret and Blue before enjoying a successful playing career in the Football League, is looking forward to working with the youngster.

Incidentally, Samuelsen has been brought into to replace another former Hammer, George Moncur, who has returned to his parent club Barnsley after spending the first half of 2016/17 in Cambridgeshire.

“It is great to have Martin back at the club,” said McCann. “He is well-loved by the players and the staff and of course the supporters, I am sure he will bring a lot more quality to us and we are looking forward to working with him again.

“George has returned to Barnsley. They are similar players, but Martin can play in numerous positions for us whereas George could only really play in one. It is great to have that quality in the squad.”