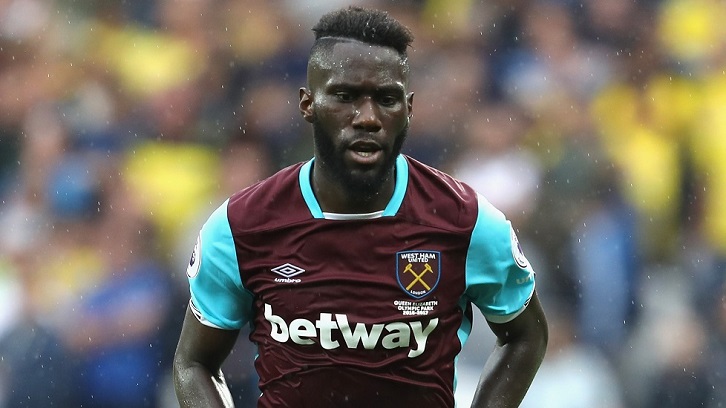 Arthur Masuaku is hoping to gain revenge over Watford and help West Ham United get back on the winning trail when they return to Premier League action on Saturday.

Masuaku is ready to win back his place in the squad after recovering from a knee ligament injury and wants to make amends for the disappointing home defeat by Watford back in September.

West Ham dominated the opening 40 minutes and raced into a two-goal lead after Michail Antonio netted a brace and looked the strong favourites to secure all three points.

But the Hammers suffered a bad end to the first half when they conceded two goals in the final five minutes and ended up losing 4-2.

Masuaku played in that game and says his team-mates will have a major point to prove when they line-up at Vicarage Road this weekend.

He said: “We want to get revenge on Saturday. I remember the game and we played so well in the first 40 minutes and should have killed the game off.

“I don't know how we lost but we want to make amends for that defeat and hopefully we can win on Saturday.

“We were unlucky not to get the three points in the last game against West Brom and we could have got the victory if certain decisions had not gone against us. Hopefully we will have more luck in the next game.”

While Watford will form the opposition at Vicarage Road, the former Olympiacos star will see a friendly face in a yellow shirt - his former France U19 team-mate Abdoulaye Doucoure.

The duo have remained good friends and the French full-back hopes he can earn the bragging rights over the Watford midfielder at the final whistle.

Masuaku added: “We played together for the France U19s. He is a very good player and a nice guy as well. When he came to Watford he didn't feature at the beginning but he is now starting to play and I am very happy for him. He has adapted well to the Premier League.

“He is my friend, but when we play on Saturday we will not be friends!”

West Ham's Premier League fixture at Watford will be screened live by BT Sport at 5.30pm on Saturday 25 February.

Antonio: I am going to go out and give my all
Last Match
Sunday 16 January 14:00
London Stadium