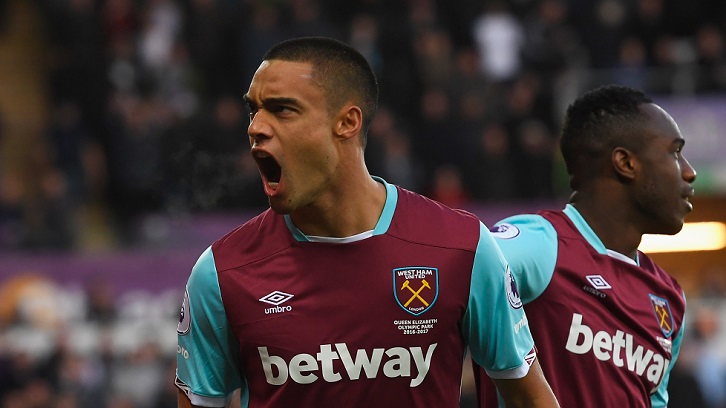 The Hammers have won six of their last ten Premier League matches to rise into the top half of the table, while generally looking more resilient and solid in defence than they did in the early months of the season.

Reid and his teammates are currently in Dubai recharging their batteries for the run-in, with 13 matches still to play, and the No2 says morale is high in the camp after a productive eight weeks.

“We started the season bang average but, to be fair, we’ve been playing all right for a while now,” observed the centre-half, who has started 22 of West Ham’s 25 Premier League fixtures, including all nine victories.

“Obviously we did get hit with a couple of bad results against Man City [in the Emirates FA Cup and Premier League], which were a bit tough to take, but generally we’ve improved.

“It’s been a combination of things. We’ve had a few people coming back from injuries, people getting up to match-fitness and people in form. When you win games, you get more confidence, and we’ve been winning games, so everyone is happier around the place and that shows out on the pitch.”

Reid said that growing confidence was evident in last weekend’s 2-2 draw with West Bromwich Albion, when the Hammers recovered from conceding an early goal to produce a dominant display at London Stadium.

On the road, the Hammers have lost just one of their last six away league games – an unfortunate 1-0 reverse at Leicester City – drawn at Manchester United and Liverpool and won at Swansea City, Middlesbrough and Southampton.

“In the last game we played against West Brom, even though we were 1-0 behind, we were the better team throughout the game, whereas we might have crumbled a couple of months ago,” Reid continued.

“We didn’t get the win in the end [due to a last-gasp set-piece equaliser], but over the 90 minutes that was probably our best performance of the season.

“It’s obviously a bit different when you go away from home because you know that, at some stages of the game, you’re going to be under pressure, but we’re improving which is good.”

So, why have performances and, in turn, results improved so dramatically?

While many would have you believe that Dimitri Payet’s departure was the solution to all the squad’s problems, Reid was more eager to focus on the positive impact made by January signings Robert Snodgrass and his new defensive partner Jose Fonte.

“I think getting a couple of new players in has freshened things up and everyone is on the same page,” he explained.

“I don’t want to pinpoint the whole situation on Dimi, because I think that would be unfair. He had his own issue which he had to deal with in his own way, which he did, and we’re past that now. He’s happy and we’re happy as well, so we’ll just move forward and do our best.

“It’s been good. Obviously it takes time to build up an understanding but it’s improving with every game. Jose and Snoddy have fitted into the group really well, and that’s also important, that we’ve signed not only good footballers, but good people as well who fit within the group.”

Vlašić: Hopefully I can take my opportunities