Moyes: I am thrilled with the way we have played 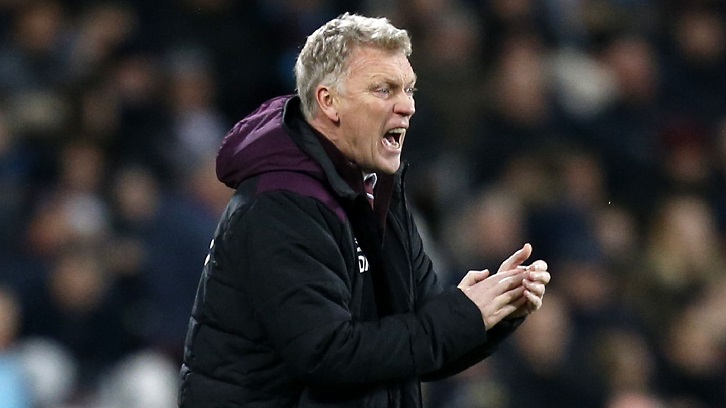 David Moyes was rightly proud of his team after West Ham United earned a hard-fought goalless draw with Arsenal at London Stadium.

The Hammers were resolute for the third game in succession and kept their second straight clean sheet, and could even have taken all three points had Petr Cech not tipped Chicharito’s last-minute shot onto the underside of the crossbar.

Having taken four points out of six from home games with Chelsea and Arsenal, following a hard-fought 2-1 defeat at runaway leaders Manchester City, though, Moyes was in a justifiably positive frame of mind.

“I am thrilled with the way we have played in the last three games,” he confirmed. “When I took the job, I looked at these three fixtures and thought ‘Oh no, here we go!’ but our best performances have come in them.

“Certainly defensively, we’ve tightened up. We’ve not conceded any goals in the last couple of games and we were unlucky against Manchester City, but we have got to take the positives.

“I want the team to play much better, I want the football to be better and I want us to create better chances but, at the moment, it’s one step at a time.”

I have to give the players great credit because we defended really well, we are more resolute and harder to play against

Arsenal undoubtedly held the upper hand in terms of possession, territory and chances created, but West Ham held firm with a combination of resilience, organisation and sheer hard work.

And when it was, the Spaniard made two decent saves to deny Alexis Sanchez and a third from Granit Xhaka’s long-range strike.

“It was another really difficult game and we knew this period was going to be tough, but I have to give the players great credit because we defended really well, we are more resolute and harder to play against.

“Sometimes, when you do that, you get the odd chance that you can win the game with and, as you saw, that nearly happened.

“It would have been greedy but if you had seen the way the players have worked in recent weeks, and what we’ve demanded of them, you would have said your work deserved that.

“All credit to them because they have really pulled together. The spirit at the training ground is really good. They’re all at it for each and they’re not giving an inch, and we don’t want them to.

Next up on West Ham’s fixture list is a trip to Stoke City on Saturday afternoon.

Mark Hughes’ side have won just one of their last seven Premier League matches and Moyes knows his own team will have more opportunities to express themselves at the Britannia Stadium.

And when those opportunities do come about, the Scot said the Hammers have to take them.

“Against the better teams, you’re trying to make sure you don’t concede so you don’t lose. It’s no good going toe-to-toe with them.

“I think the other games will give us the opportunity to go onto the front foot, rather than always sitting back in.

“But I’ve got to say, we have got a threat with the two boys we have got up front at the minute, and we’ve also got Andy Carroll, Chicharito, Diafra Sakho and Andre Ayew, so we’ve got players who can score. I feel as if we can get the bit at the back right, it will give us a good chance.”