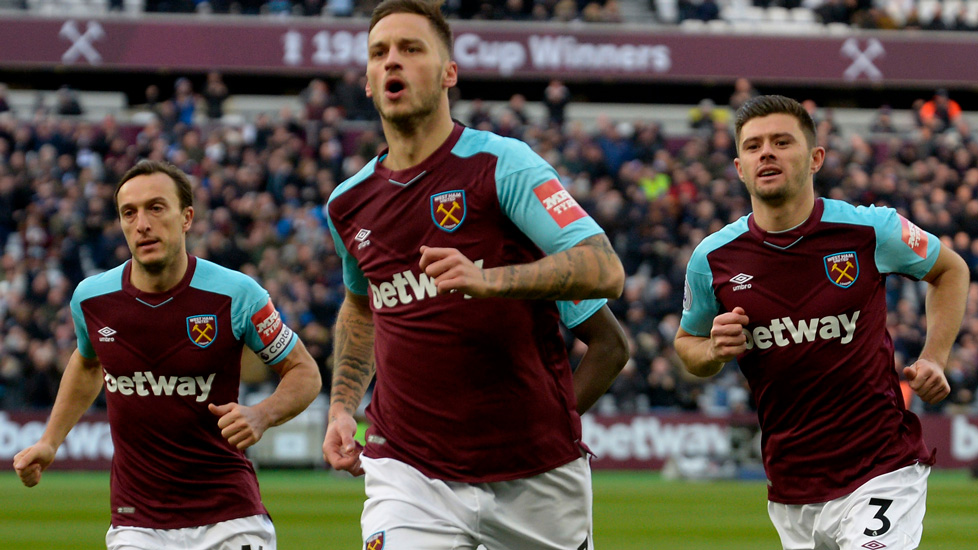 West Ham United gave David Moyes their first victory as manager with a magnificent defensive effort against Chelsea on Saturday.

The Hammers had to repel an enormous amount of Chelsea possession, but did a fine job of restricting their visitors largely to efforts from range.

After a testing period for the Hammers, it was just the tonic they needed following on from a similarly resolute performance at Manchester City last week, and sets them up for the busy festive period on a stronger footing.

Moyes has a big call to make in goal following Adrian’s fine performance at Manchester City last week and he opted to retain the No13 in his starting XI, alongside bringing Winston Reid, Mark Noble and Arnautovic back.

It was the latter who had an immediate impact, firing the hosts into the lead with just six minutes on the clock.

It was a lovely goal too, as the Austrian exchanged passes with Manuel Lanzini before dropping a shoulder to see off Cesar Azpilicueta and shoot into the corner.

The Hammers led at the league leaders a week ago and then held the advantage again here, giving them something to hold onto as Chelsea searched for a foothold in the contest.

They certainly gained it in terms of possession – going into the break with 66 per cent of the ball – but West Ham were doing a sturdy job of defending against it.

Chelsea’s threat was largely coming from shots from outside the box, and Adrian had to be alert to touch a N’Golo Kante curler around the pitch on 28 minutes.

The danger wasn’t over, and from the resulting corner Davide Zappacosta’s low drive needed another smart stop from the Hammers keeper.

West Ham’s problem in the opening 35 minutes was that they were not winning enough of the second balls in midfield, but they improved in that aspect in the closing stages of the opening period and began to pose questions again.

Arthur Masuaku looked to use his dribbling skills to good effect in attacking areas and he ghosted past his man before dragging a shot wide from outside the area.

West Ham had penalty shouts early in the second period when Arnautovic ran at Andreas Christiansen and the ball skipped up onto his arm, but referee Anthony Taylor waved play on.

The visitors wasted no time in using their attacking options, bringing all of Pedro, Willian and former Hammers loanee Victor Moses on inside the first 19 minutes of the second period, and the Hammers were being pushed deeper and deeper.

Like the first half, though, Chelsea were having difficulty in cutting through the Hammers though, with Zappacosta’s flashed shot across goal on 58 typical of their threat.

As the Hammers tired, the Blues’ sights of goal got slightly clearer, and Alvaro Morata cracked a shot just wide of the mark after Masuaku couldn’t get up in time and played the Spaniard onside.

It was a clear opportunity – the clearest the visitors had – but they didn’t take it as the Hammers held on for the points.