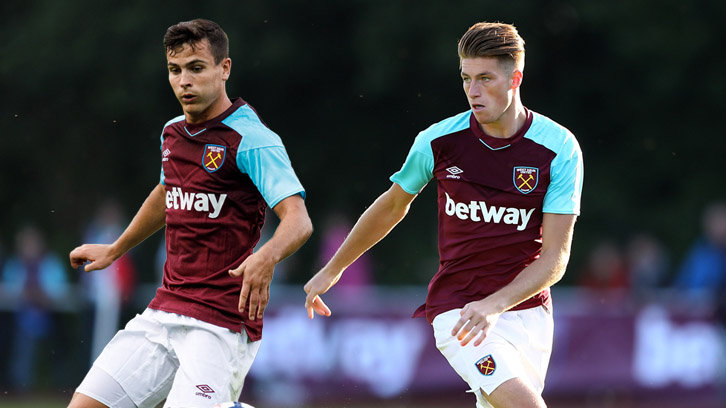 The Youth Academy graduates will spend the first half of the 2017/18 campaign with the newly-promoted Trotters, having flown back at the weekend from the Hammers’ pre-season training camp in Germany.

Reece, 20, and Josh, 21, trained with their new team-mates for the first time today, ahead of Bolton’s Championship opener against Leeds United at the Macron Stadium on Sunday, which is to be televised live on Sky Sports.

The deal sees the pair reunited with Bolton boss Phil Parkinson, who managed both during their loan spells at Bradford City during the 2015/16 season.

Central defender Burke, who won the Player of the Season award at Valley Parade that year, subsequently spent last season on loan at Wigan Athletic, while midfielder Cullen enjoyed another successful spell with Bradford, reaching the League One Play-Off final at Wembley, where they narrowly lost out to Millwall.

The Republic of Ireland Under-21 international heads to Bolton having yesterday signed a new three-year contract at London Stadium, and manager Slaven Bilic believes that both players will benefit greatly from the experience.

Bilic says: “This is a perfect opportunity for Reece and Josh to continue the fantastic progress they have made in recent seasons.

“They are both very promising young players, who have shown that they have the right attitude, temperament and quality to have a successful future at West Ham United if they continue in the same manner.

“I have been really impressed with the impact they have made with us during pre-season but it is important that they continue to play serious, competitive football at this stage of their development.

“I have had a few good, long chats with them both recently – they know what they have to do, and we agreed that playing regularly at this level will be far more beneficial for them.

“The Championship will give them the opportunity to test themselves against teams and players who will be fighting to get to the Premier League, and it will be a great experience for them.

“Bolton are a good club with an excellent manager in Phil Parkinson, who knows both Reece and Josh well, and we will be keeping a very close eye on their progress.

“I wish them all the very best in this adventure, and we look forward to welcoming them back to the Club next year.”