Bilic - We showed character and spirit 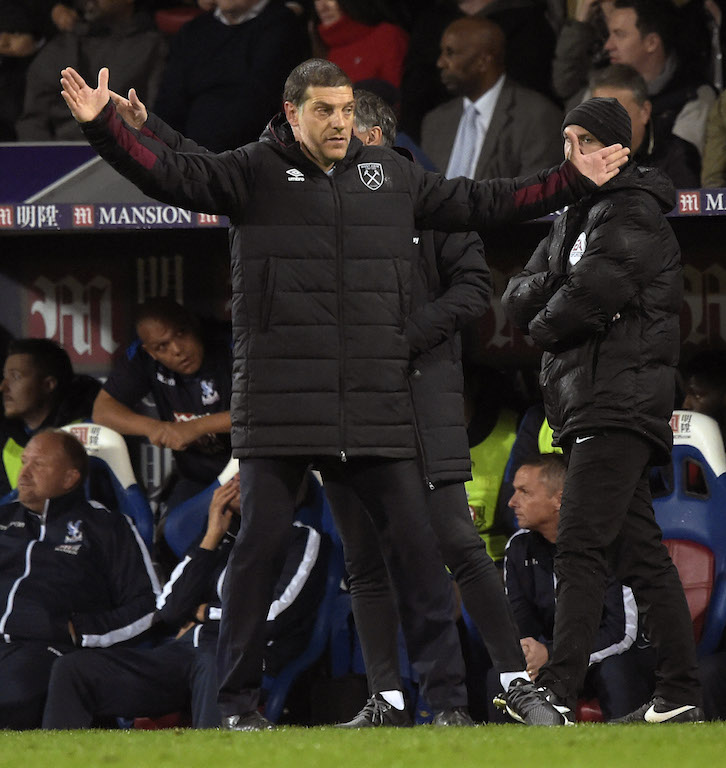 Slaven Bilic had nothing but praise for his players after they recorded a crucial 1-0 win over Crystal Palace and says they showed the character and spirit to help them move out of the bottom three.

Manuel Lanzini scored the only goal of the game to help the Hammers record their first victory since August but it could prove to be a major turning point in the Club's season.

Bilic made a big decision to change the system and revert to three at the back and the move paid off as the Hammers produced another impressive display at Selhurst Park.

The Hammers manager had special praise for Winston Reid and Aaron Cresswell and feels both players played a major role in the victory.

Bilic said: "We showed everything, character, spirit, we deserved to win. The goal we scored was an amazing move from many players.

“Straight after the Middlesbrough game we started to prepare for Palace and find a system which suits us. I really like this system but it doesn't work without players such as Cresswell or Masuaku.

“Now that Aaron was back we made a little gamble because we didn't expect him to be totally match fit, but he had a great game.

“I was a little worried about Winston because he had a long journey back but I spoke to him and he said he was fit. He was magnificent and the whole team was.

“The goal helped us and there is no way of gaining better confidence than scoring a goal. It is hard to play against Palace because they have pace but we coped really well and we could have scored a second as well.

“It is only one game but we need more than one win. It is not about the system which won the game. It is more about the approach we had and how we close them down and didn't give them the time on the ball.

“We showed how as a team we need to be.”

The only downside for Bilic was the harsh dismissal of Aaron Cresswell late in the game and the Hammers manager felt he should never have been sent off.

"It was a good performance and a deserved result in the end.”

Moyes: The atmosphere was brilliant

Antonio: I was surprised to score that winner!