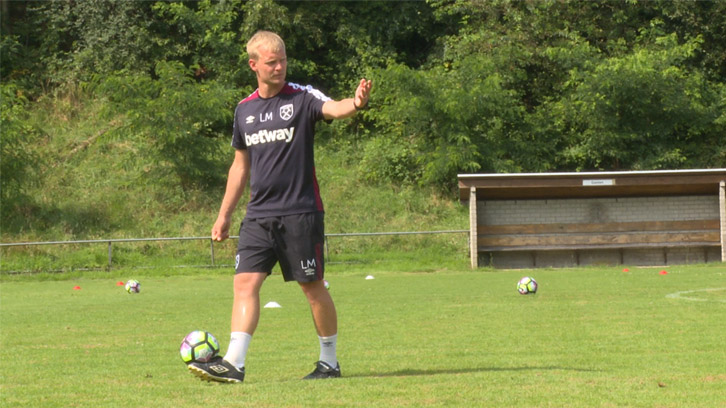 The Development Squad have a tough task on their hands in their final pre-season clash against Chelsea on Friday, according to coach Liam Manning.

The young Hammers side face Stoke City in their first league match of the season next Saturday but first take on the Blues in their last preparation fixture.

And Manning, who oversees the side alongside Academy Manager Terry Westley, is looking forward to the test Chelsea will offer.

He said: “They have been massively successful in the last few years across all development ages really, so it’s going to be great for us to go and test ourselves against one of the top teams in the country.

“They’re probably the best around at the moment in England. We want to go out there and play well, but we also want to maximise minutes for some of the players given that we start our season the week after.

“We want to get some 90 minutes for the players but we also want to show that we have players on their level of football. That’s ultimately the aim, but of course we’re expecting a tough game.”

Ahead of the league campaign, Manning was also keen to highlight his aims for the season and what the Academy would consider a successful year.

“We obviously won the U21 Premier League Cup last season, so that taste of silverware could drive the players to strive for more this season.

“Everything we do, we do to our own style and philosophy but ultimately that’s because we want to win games and produce players.

“A good season for us is to get our lads appearances in the first team That’s always the ultimate goal and the number one aim.

“That’s what an Academy is for, and to improve upon the quality that we already have. The biggest thing is getting another player in the team.”