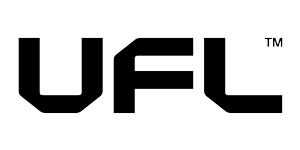 West Ham United is delighted to announce it is partnering with the exciting new football game, UFL.

This groundbreaking free-to-play title will be available across all major consoles with the release date to be announced in due course.

The game was recently showcased during the opening night of Gamescom 2021, one of the world’s biggest annual gaming events, with the Hammers and London Stadium featuring in the announcement trailer and in-game screenshots.

Strikerz Inc. are the developers behind UFL and the project has been in development since 2016. The multi-platform game will be powered by Unreal Engine, one of the world’s most advanced and dynamic real-time 3D gameplay creation tools.

UFL will create a pioneering online gaming league and a best-in-class experience where players will be able to create their own virtual football clubs made up of real-life footballers and compete with other gamers worldwide.

The gaming brand have also partnered with FIFPro, the world’s biggest representative organization for over 65,000 professional footballers, as well as InStat, a leader in sports performance analysis, who will provide detailed data and up-to-date statistics for each player.