Dmitri Halajko: The whole team can take credit for that 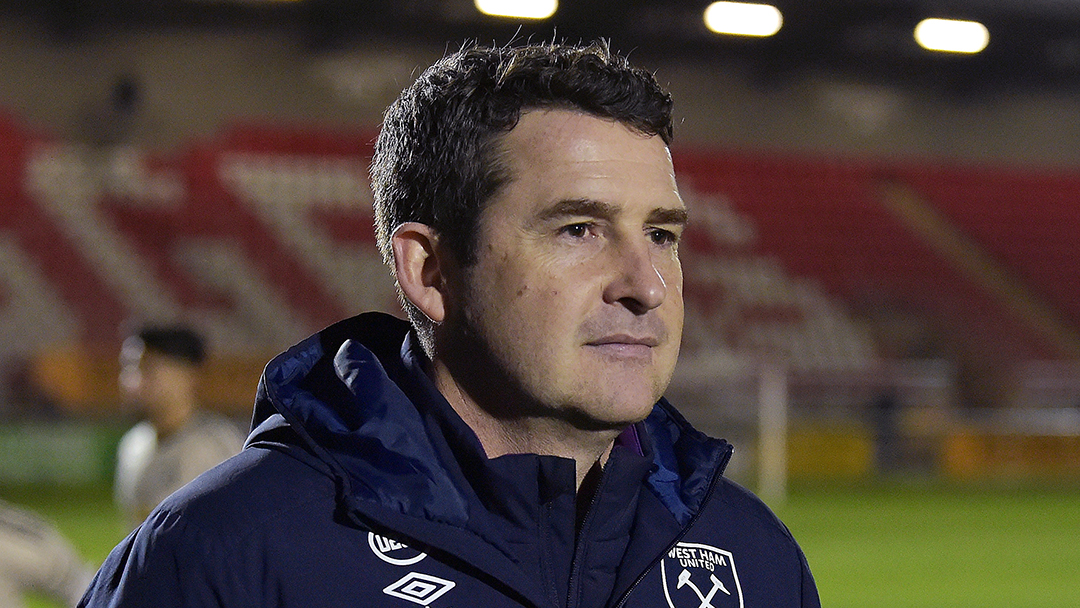 Lead Coach Dmitri Halajko praised the collective endeavour of his players as West Ham United U23s opened up a four-point advantage at the top of Premier League 2 Division 2.

The Hammers were up against strong opposition in Manchester United U23s in Dagenham tonight, and produced a clinical, controlled and industrious display in the top-of-the-table clash.

The home team seemed to cover every blade of grass in a hard-fought, competitive fixture, refusing to give the visitors time or space on the ball throughout much of the game.

West Ham put themselves on course for an important victory when Alfie Lewis kept his cool to steer home a loose ball inside the area with a quarter of the game played, before Nathan Holland rocketed a strike home on the breakaway ten minutes later.

Last time we played these we were in a similar situation and we didn’t manage to hang on, so it was nice to put that to bed tonight and show that we’re capable of hanging on when we need to

The game had a late twist when goalkeeper Joseph Anang picked up two late yellow cards, forcing Krisztian Hegyi to emerge from the bench, but the U23s’ performed professionally to see the result out.

“I think we played well and were the better team. We deserved the victory,” Halajko said afterwards. “I’m really pleased with how we played out of possession to keep a clean sheet and pressed and didn’t get played through easily.”

“2-0 up and, in the second half we had a couple more chances which could’ve killed it off, but then, right at the end, we had to hang on having gone down to ten men with ten minutes left.

“Last time we played these we were in a similar situation [a 2-2 draw in August] and we didn’t manage to hang on, so it was nice to put that to bed tonight and show that we’re capable of hanging on when we need to.

“I think the whole team can take credit for that clean sheet because we defended really well from the front, pressed and nicked it up the pitch, and, at other times, we had to really defend our penalty box. There were also moments of brilliance – like Krisztian’s save at the end – which secured that clean sheet.”

The match was the junior Hammers’ first competitive game in three weeks, following their 4-0 win over Newcastle U23s in mid-December, and Halajko expressed his delight with the work his team have put in over the festive period to remain sharp in that time.

“They’ve worked hard in the break,” he said. “They’ve probably each had three or four days off over Christmas, but apart from that they’ve been training really hard.

The game also saw the return to action of 21-year-old defender Olatunji Akinola, whose last competitive appearance came almost a year ago to the day – away at Manchester City in Premier League 2 on 5 January 2019.

The centre-back has proven his resilience during a lengthy comeback period, starting and impressing in defence on Monday night, and Halajko believes these qualities were reflected by his performance.

“He sets great standards and great examples. He’s a leader,” Halajko declared. “Then, tonight, he added a great performance to everything else that he brings.

“It shows what he’s all about that he’s been out injured for that long, and to come back in and play like that, just shows what a good professional, and what an impressive young man, he is.”