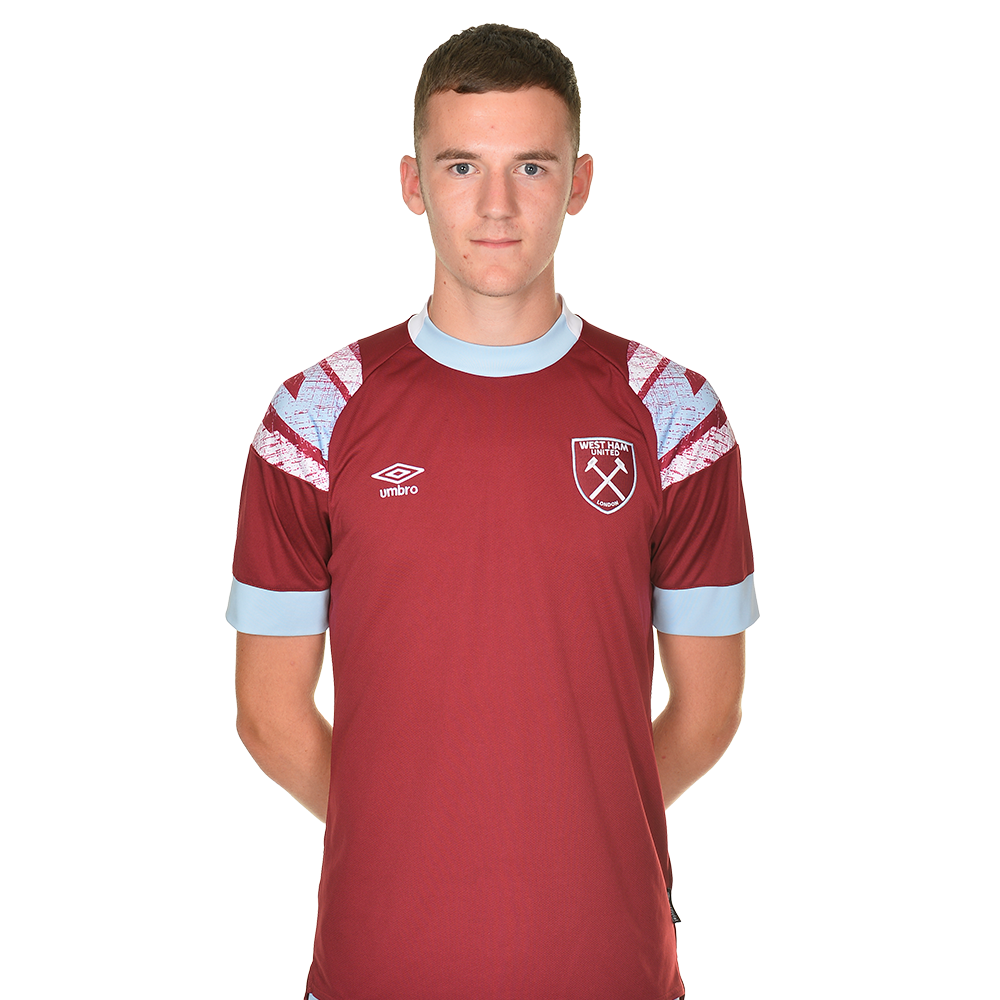 Josh Briggs became the latest young talent to join the Hammers from Northern Ireland when he signed from NIFL Premiership club Linfield in August 2022.

The defender put pen-to-paper on Scholarship terms with the Academy of Football ahead of the 2022/23 season, having impressed during his two years with the Blues.

Born in North Belfast, Briggs is a graduate of the Irish FA JD Academy and began his footballing journey with Greenisland FC.

The young defender was spotted by Linfield and picked up by the Blues, initially representing the U16s for the South Belfast club.

Such was Briggs progression that the centre-back quickly progressed up to the U18s and then the U20s, and featured for Linfield’s second-string last season, starting the Steel & Sons Cup Final against Newington on Christmas Day 2021.

Briggs has already enjoyed unforgettable experiences in Claret and Blue, linking up with the U18s for the pre-season Zlatý Kahan Cup tournament in the Czech Republic before helping an U19s side win the Premier League Next Generation Cup, with a 4-3 win over Crystal Palace and phenomenal 8-0 thrashing of Tottenham Hotspur in the summer of 2022.

At international level, Briggs has represented Northern Ireland U16s and was called into the U17s squad in the summer of 2022.